I printed this for a friend who makes jewelry. She casts the fittings and mounts using a "lost PLA" method.
A cut & polished stone goes inside the "cage".
This was my first foray into "tiny printing" using my 0.2mm nozzle. I did this basically on a lark, not knowing how involved it would be and how good it would turn out. She doesn't have a 3D-printer and usually sends it out to Shapeways, et. al., but this time they were quoting her a month turnaround time for this particular piece.
I figured I could get it done quicker than that, even if it took a few tries

It turned out pretty well I think and went surprisingly quick even though I was printing very slowly.
It's small enough that even at speeds of 8-15mm/sec, it only took about 30 minutes per print.
I tried using PVA for support, but even at the smaller nozzle size, it just ended up globbing all over the print and when I went to soak it to dissolve the PVA, it just pulled it apart. It was fine enough that really didn't need all that much support because bridging did most of the work for me

It was really neat to see that my N2+ is just as capable of doing tiny, precise work as it is cranking out big parts for my robots 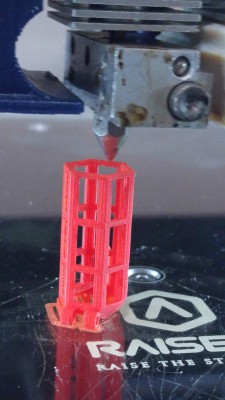 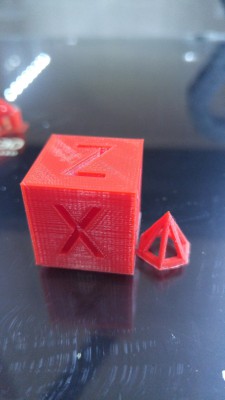 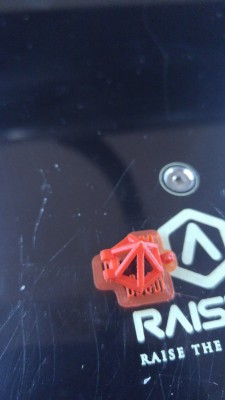 Nice job, it's cool to see such clean surfaces on items that are this small! I originally got interested in 3D printing because of my miniature wargaming needs and almost gave up when I saw some miniatures with surfaces that looked like tile roofs! Do you have to work on the original design to get a clean result or is it like that normally?
Post Reply
2 posts • Page 1 of 1