I previously posted this project in February 2019 on completion of the tender and promised to post pictures of the engine as it progressed. Well, 15 months later the model is complete.

Having always been interested in model locomotives the project started when I purchased a Raise 3d N2 Plus in 2016 and built the tender using OpenSCAD to do the drawing.

The world of 3d printing has moved on considerably since then and along the way I have learnt CAD drawing with OnShape and added an AnyCubic Photon resin printer for greater detail on small parts and then following this success acquired a Formlabs Form 3 LFS resin printer for even better results.

As the model is the result of 3 different “eras” of 3d printing, I have had to be careful as I moved from the rear of the tender to the front of the locomotive that the advances in the printing capabilities and resolution of detail was not too obvious.

The Raise 3d N2 Plus has printed the entire tender, the locomotive frame, footplate, wheels, boiler, smokebox, steps and buffers; AnyCubic Photon has printed the valve gear including the cylinders and top of boiler fittings; the recently acquired Form 3 has produced the smoke deflectors, wheel arches and nameplates, front vacuum brake pipe, couplings front and back, and the cab and cab interior.

Handrails and copper piping on the outside of the locomotive are wire while most of the copper piping inside the cab is 3d printed and painted. The model is 52cm long buffer to buffer.

The track is N2 Plus printed except the chairs which are Form 3. The ballast is granite chips.

The locomotive is a Southern Railways Schools Class V “Epsom” modelled around the time of World War 2.

I have learnt many lessons along the way, sometimes taking several attempts at printing parts before finally getting it right and many days of frustration at knowing something can be done but just cannot quite get it right.

Instead of obtaining a kit and assembling it - if one existed, it’s been fun to create the parts and then build it.

Overall, I am very pleased with the outcome. 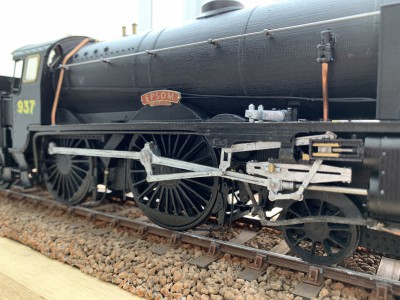 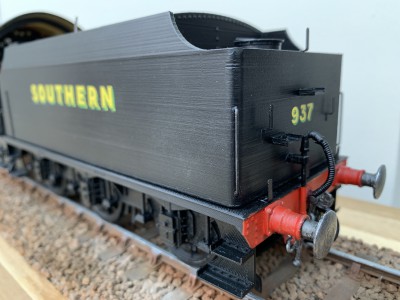 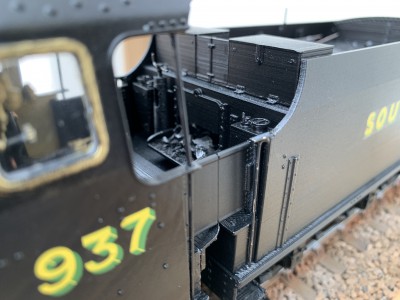 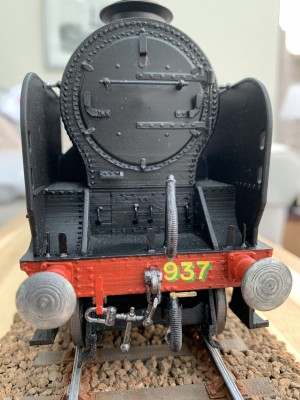 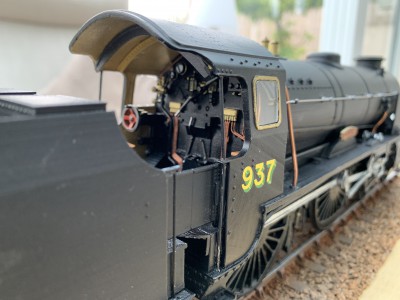 Amazing! Even the track looks so real. Well done - Masterpiece!

Hi Kurtyard, thanks for your comments.