Who's the poor, unfortunate, sadistic soul who designed the bearing retention for these things? The X-Axis bearing isn't a big deal, but the Y-Axis has two circlips - one practically inaccessible due to the filament tubes, the other is locked in place in a narrow groove because there's no clearance above the bearing.

I ended up destroying one of the rings to be able to remove the bearing. Reassembly is surely about as painful. I'll be printing up some external retainers that I'll secure with a screw and some new holes drilled and tapped into the bearing housing - luckily I have two printers. That's not an experience I want to repeat. 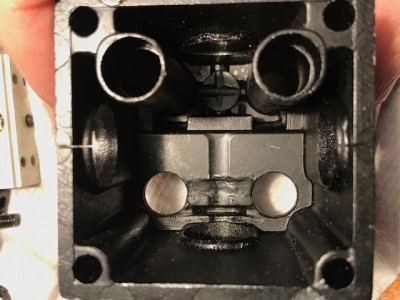 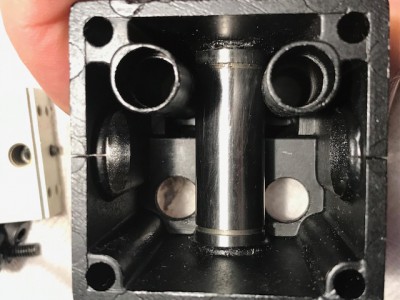 This is an N series. Is the carrier different on the Pro?

Pooh, i can't tell you whether the Pro2 is identical to the N in this regard. thank goodness i hadn't had this damage yet. something like that should be constructed in such a way that it can be replaced in no time without causing additional damage. I keep my fingers crossed that the repair works well!

I know all about this. That's why I just spent $59 on a complete replacement carriage with installed bearings to fix my N1.
https://forum.raise3d.com/viewtopic.php?f=17&t=20199
Now that said, we can also have a debate. The N series when first released, there were 2 styles of central crossing block. Cast- just like your pictures, and CNC machined. 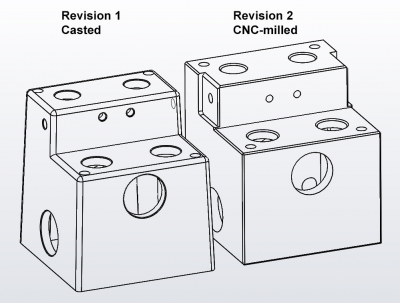 Both used the same retention method, both had the same repair problem, but at least in my instance, there was greater slop around the bearing to crossing block slop or backlash in my CNC version. In other words, because of tolerance stackup, the bearings fit very loosely into the housing allowing for slight rock and or backlash on my N1. So replacing the central block because of a bearing failure actually is an upgrade for me- hence while I was annoyed at the cost, in the bigger picture, now near 4 years old on that printer, this isn't a huge operational cost.

Again, some early N series, depending on batch produced, they had to outsource a CNC copy of the original cast central crossing blocks. In my experience and conversations with others at the time, the CNC blocks being a copy had greater bore sizes for the bearings resulting in slight slop. I think (speculation) it was just a one time batch where cast blocks were not available and a short run of CNC blocks was made, and somehow, someone got a detail wrong.

I ended up making some retainers to hold the bearings from the outside. No play issues in my cast N2+ block. I wasn't happy with the Amazon bearings though. I decided to see how 'name brand' bearings would compare. I bought a pair of THK bearings from Misumi ($53 for the pair w/ shipping). Holy crapoly they are smooth and tight - not even on the same spectrum as the Amazon bearings. Nice enough that I just ordered another pair for my N2, even though it seems to be running fine. I printed up some guides for drilling and tapping the gantry block for the retainers - and the retainers are different between the top and bottom due to the draft angle making the overall length of the bearing bore longer on the bottom. 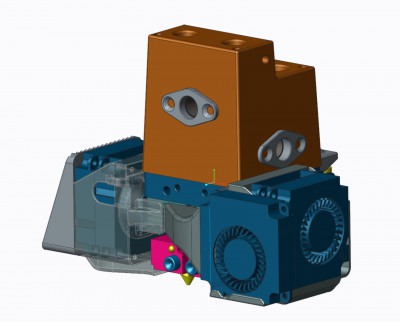 Based on my cost for the THK bearings and the mods required to replace the bearings, my suggestion for other owners would be to pay Raise the $60 for the block/bearing assembly. I'll go ahead and mod my N2 because I already have the parts and fixtures - but I won't have gained anything in the process and I'm only saving a few bucks for all the effort.
Post Reply
7 posts • Page 1 of 1