Here's my current project that I've recently finished printing and am now wiring/getting the electronics and sensors installed on:
A "Curiosity-style" 1/4 scale rover model.
Based on the SAWPPY Rover designed by "Roger Random" on Hackaday, my version was printed on my Raise3D along w/ some obviously metal bits like the Mitsumi 1515 channel stock, screws, washers, etc.
The printed parts are mostly MadeSolid and 3D SoluTech PETG, along w/ NylonX axles and PETGCF wheels.
I'll post more as things progress along. 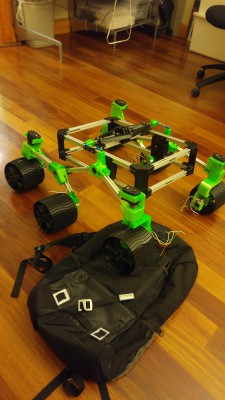 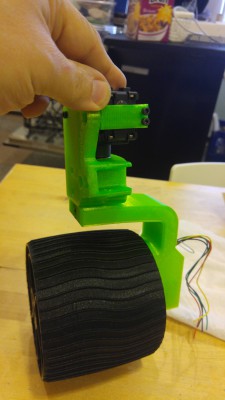 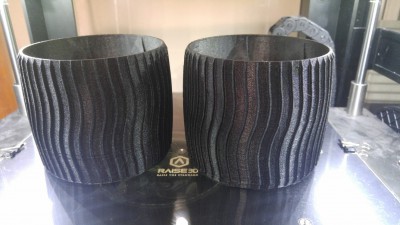 I look forward to updates.

Very impressive design.
Keep us updated on your progress.

It's been a long time since I've posted an update here, but the rover is working and rolling around after it's 3rd or so rebuild.
The NylonX has been largely replaced with either 8mm cold steel or Polymaker PC.

The NylonX actually held up the weight of the entire rover, even on the thinner suspension shafts, but those deflected a lot at the more load-bearing components. This affected driving, so I've replaced them as they broke. I recently printed out some replacements in Polymaker PC so we'll see how that works.
For those who haven't worked with NylonX, I would say that it is pretty much indestructible when there is sufficient mass/surface area. It likes being part of big chunky parts and has just enough "give" to not fail where something like PETG, PLA or even ABS might.

Brains are a Raspberry Pi4 with a ArduinoMEGA 2560 controlling a set of L298N motor controllers. As you can see in the video, there's power to all 6 wheels and independent corner-steering on the front and back wheels. ROS(Robot OS) knits all of this together to provide both remote control and autonomous navigation. 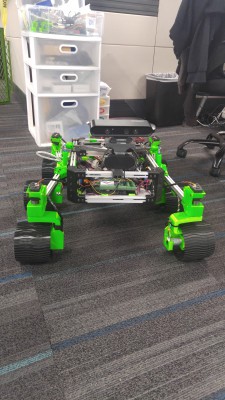 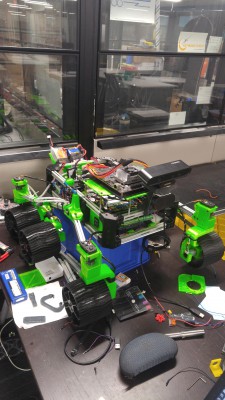 Great Project, thanks for the tips on NylonX, I've been planning on doing some functional parts using this material so it's good to get info from others who have used it.
CAD-NX Printer-Raise3D N2

A bit of an update:
PC(Polycarbonate) is actually the worst of all the materials I've tried for the shaft/axle components. Even at 100% infill it snaps in maybe 5 minutes. Always at the ring-clip slot. I thought it might work better than the NylonX because its more rigid and I've had some sagging/deflection issues w/ the nylon parts, but it actually is so rigid that it's brittle.
The NylonX parts always broke during outdoor roving, going over bumps on rocks and curbs and things.
The PC parts just snap right off rolling around the carpet in the office.

I finally got around to weighing the rover and it's about 18lbs. So the fact that ANY of these materials(PETGCF, NylonX, Taulman, PC-MAX) will support the weight of the robot is pretty impressive. I'm moving the shaft/axle parts off to metal as they break because I've finally made contact w/ a guy at my local maker-space who has a metal shop and is making me a set of axles and shafts and doesn't want $500 for them.

I'll keep posting project updates here, but I'm kind of winding down the whole "how much can I 3D-print" experiment here.
As a static display, you could totally 3D-print a 1/2 to 1/4-scale "Curiosity"-class rover. I've proven that.
An actual operational vehicle needs metal parts for the long, thin, load-bearing bits.

I've been working on a couple different sensor "neck" mounts recently, since some recent drives showed that I needed the sensors to point more at the ground vs. straight ahead. I also needed the depth-camera that I had on the rover for another 'bot, so there was a slight redesign to adapt the "neck" part for a LIDAR vs. camera. This one that's canted down about 10 degrees seems to work the best. 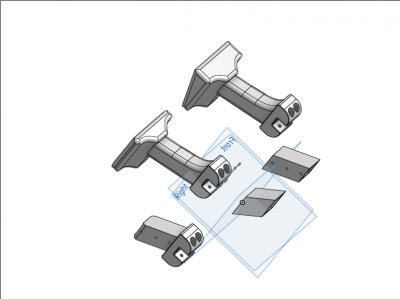 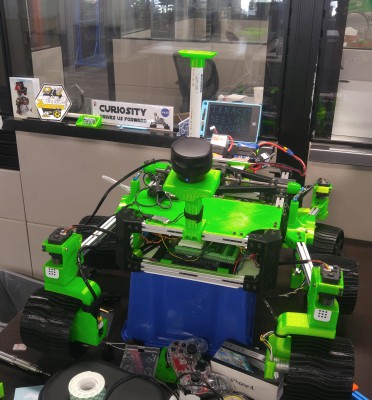 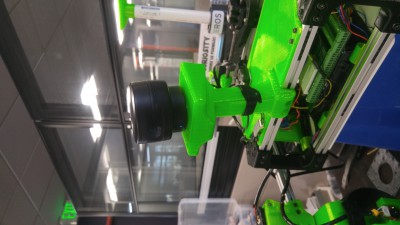 The rover continues to grow and evolve. I've added some of the updated parts I designed during the quarantine this spring/summer and it now has a GPS & IMU on board for outside navigation. Did I mention it climbs over things now ? 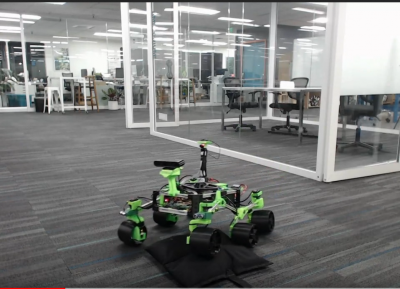