Share your successful printing settings with others here. If you have any question about the parameters or printing skills of some filament, please find here.
Post Reply
4 posts • Page 1 of 1

today we printed a new model for a client, which had many small details - unfortuenately it had lot of stringing issues..

can anyone tell me what i have to adjust in my print settings, to improve prints with such details in the future? 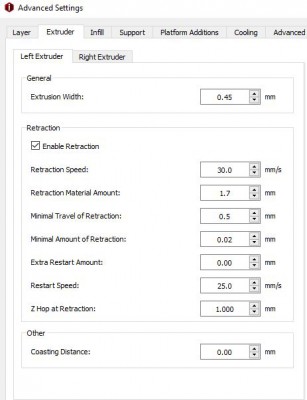 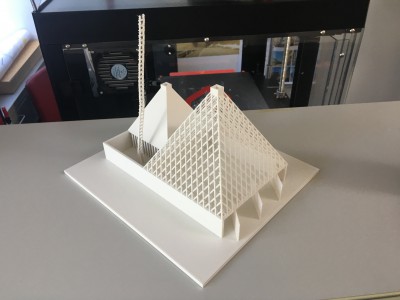 Higher retraction amount and lower nozzle temperature may can help.

I just printed a PLA part over the past two days with a slightly less intricate design, but there's no stringing on it what so ever.

I used the default PLA standard profile (included with the latest firmware for the printer and Ideamaker as of this post's timestamp), and enabled z-hop for a height of 0.25mm as the only derivation.

Typically what results in stringing or oozing is the print head being on the warmer side of the printing range, or above the range altogether. The colder the nozzle, the less melting it does, and the faster it solidifies after extrusion. It also depends on the brand of material you're using (I used Polymaker PLA). Unless your plastic brand says otherwise on the box, try dialing the temperature back to 205 (which is the default in the PLA standard profile on the printer) and try again. Z-hop is more for helping any extra ooze around the print head from hitting the model again if the printer stops printing along the same z-plane and moves to another area in the same plane.

In terms of retraction settings, you don't want to go more than 10mm as that (I believe) can get melted material too high up into the hot end which will cause a slew of other problems. Most of the included profiles have retraction set to 10mm by default when the printhead stops printing and switches to a second nozzle, but retraction in plane can be modified as well. I haven't tried this yet (as I haven't had a need too), but you can also try playing around with the ooze tab settings for stopping extrusion slightly before the end of the step. This may also need to be compensated with an extra restart amount.

Bottom line though? Try a colder nozzle temperature setting first as I don't think you'll need to play around with anything else.

Nozzle temp down 5 to 10 C. Retraction speed up to 80 and amount also higher. Try to print retraction towers first to check what is going on.
Post Reply
4 posts • Page 1 of 1