Share your successful printing settings with others here. If you have any question about the parameters or printing skills of some filament, please find here.
Post Reply
5 posts • Page 1 of 1

Hi guys, it´s my first post here. We recently acquired an N2+ Dual for our lab in the university. We´ve printed a few small models sucessfully, using one or both extruders, but I´m trying to print the Eiffel Tower model from Thingiverse, and we´re having a problem with the left extruder colliding with the model (I´m printing with the right extruder).

In the first print, at some point it seems like it hit the model and it became a ball of strings, and the printer lost it´s coordinates, was printing offset from the lower part of the model and it hit the Y limit switch hard, bending it. I fixed the switch, homed the extruders and reset everything. Tried changing a few settings, and on the second try the same thing happened. Around the platform in the middle of the tower it seems like it topples over, and the extruder head loses it´s coordinates, starting printing on a offset position from there on.

I tried then leveling both extruders, and it seems like they´re now perfectly aligned, at the beginning of the print it doesn´t hit the model anywhere. It seems that when the model grows higher it starts colliding, maybe from deformation of the PLA? Third try, same thing happened, not as disastrous as before, but you can see that in a certain point something happened and the head lost it´s coordinates again, like it "pushed" the model sideways.

Appreciate any tips you can give.
Thanks in advance,
André 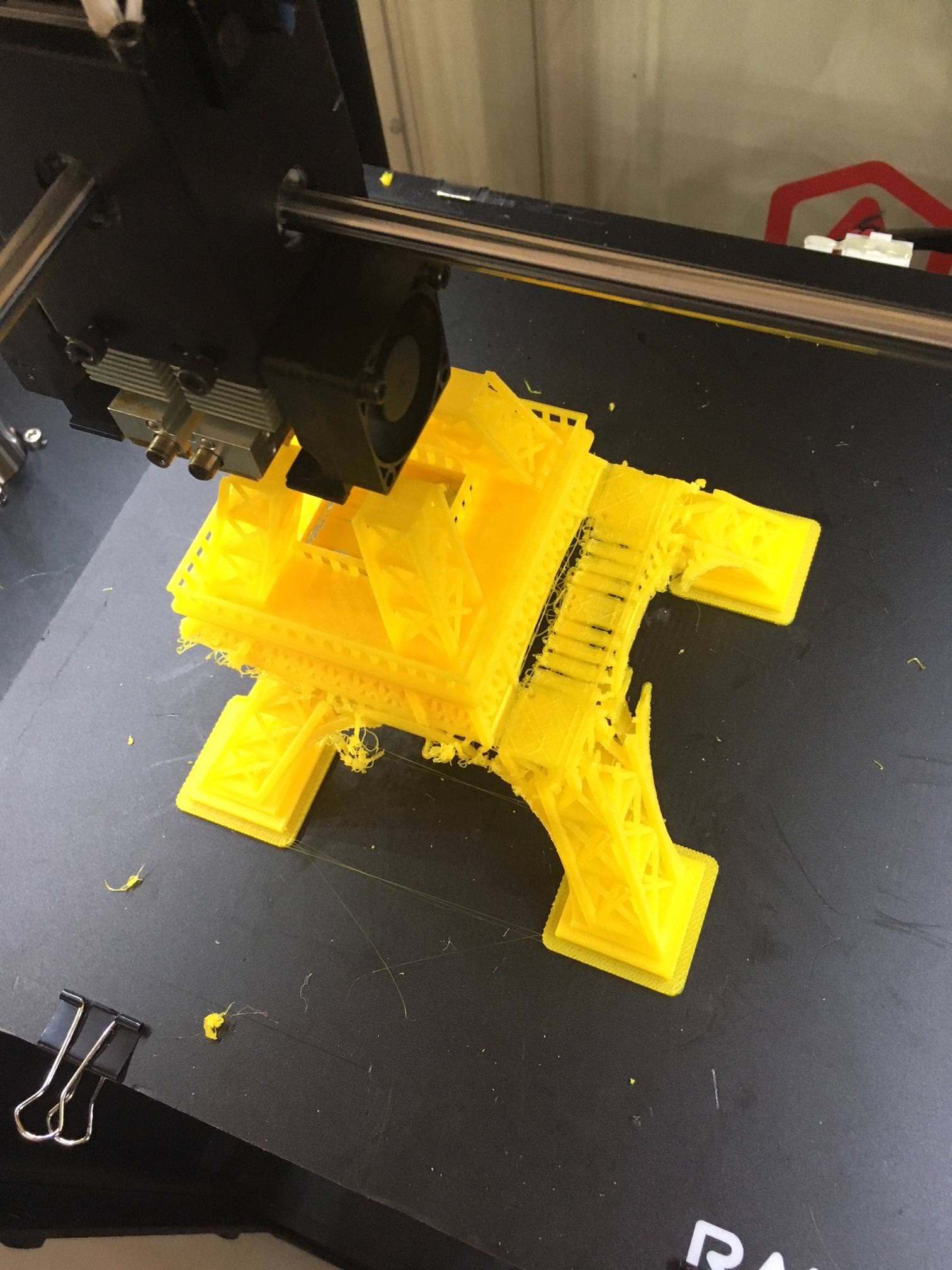 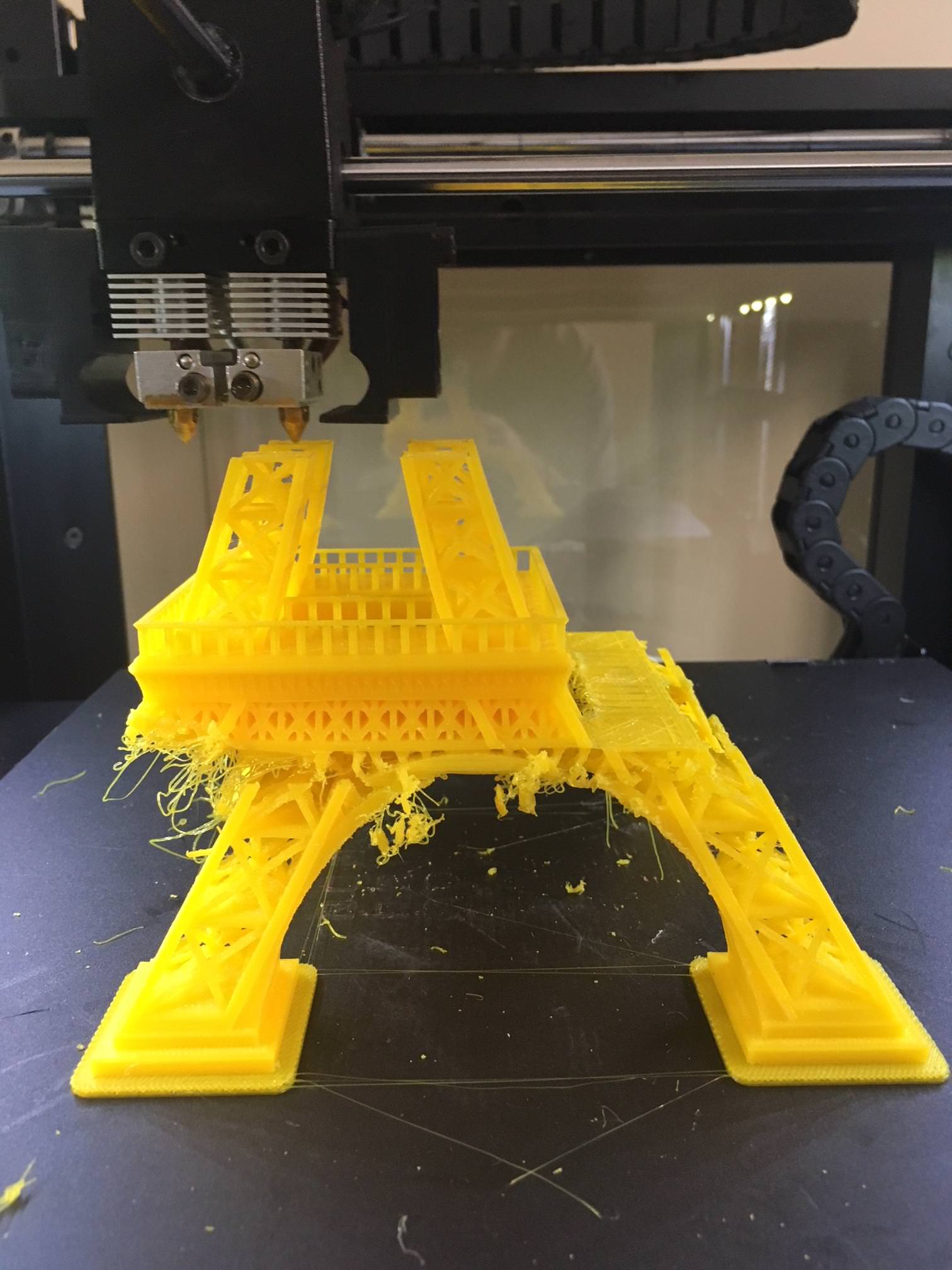 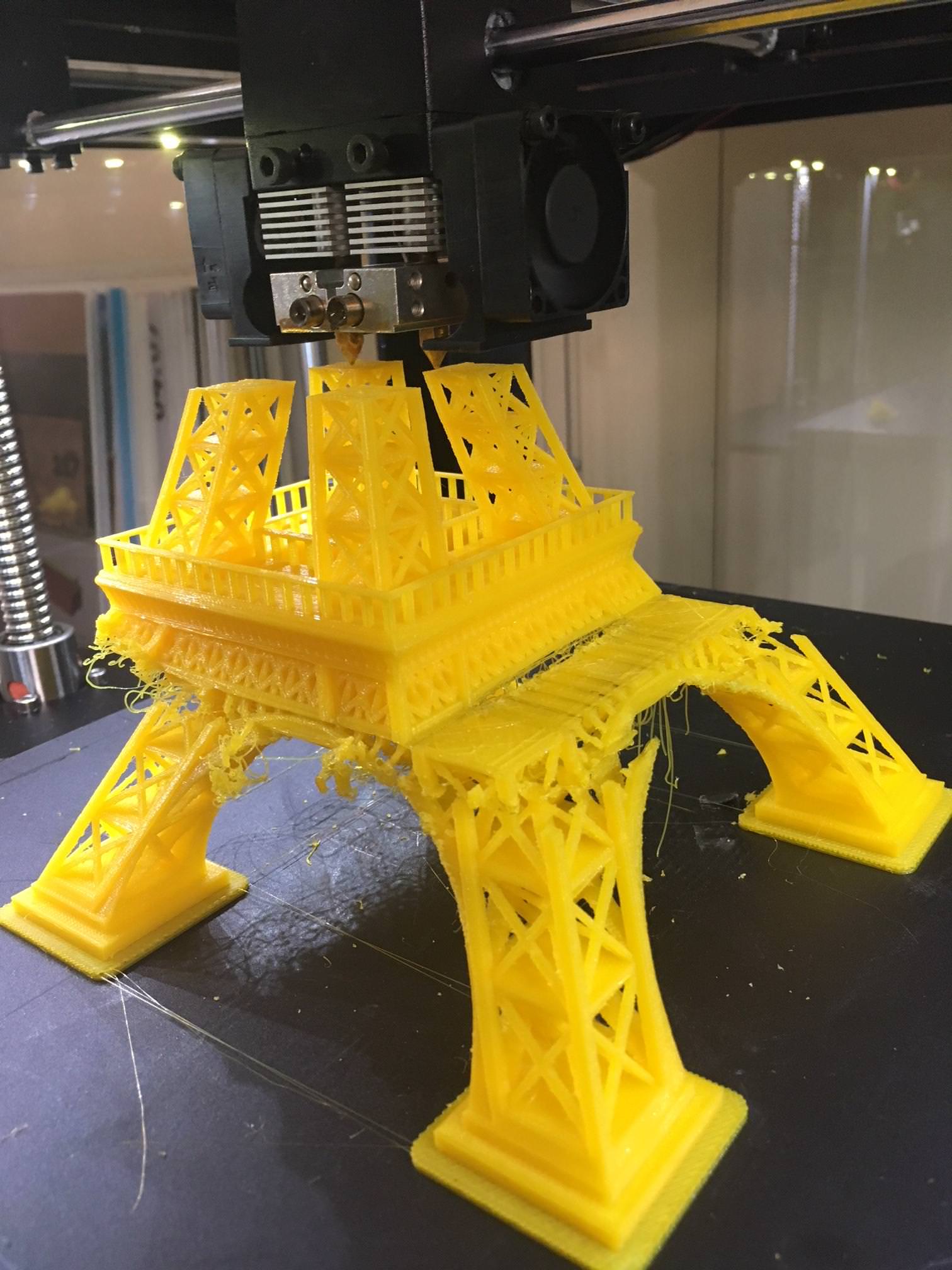 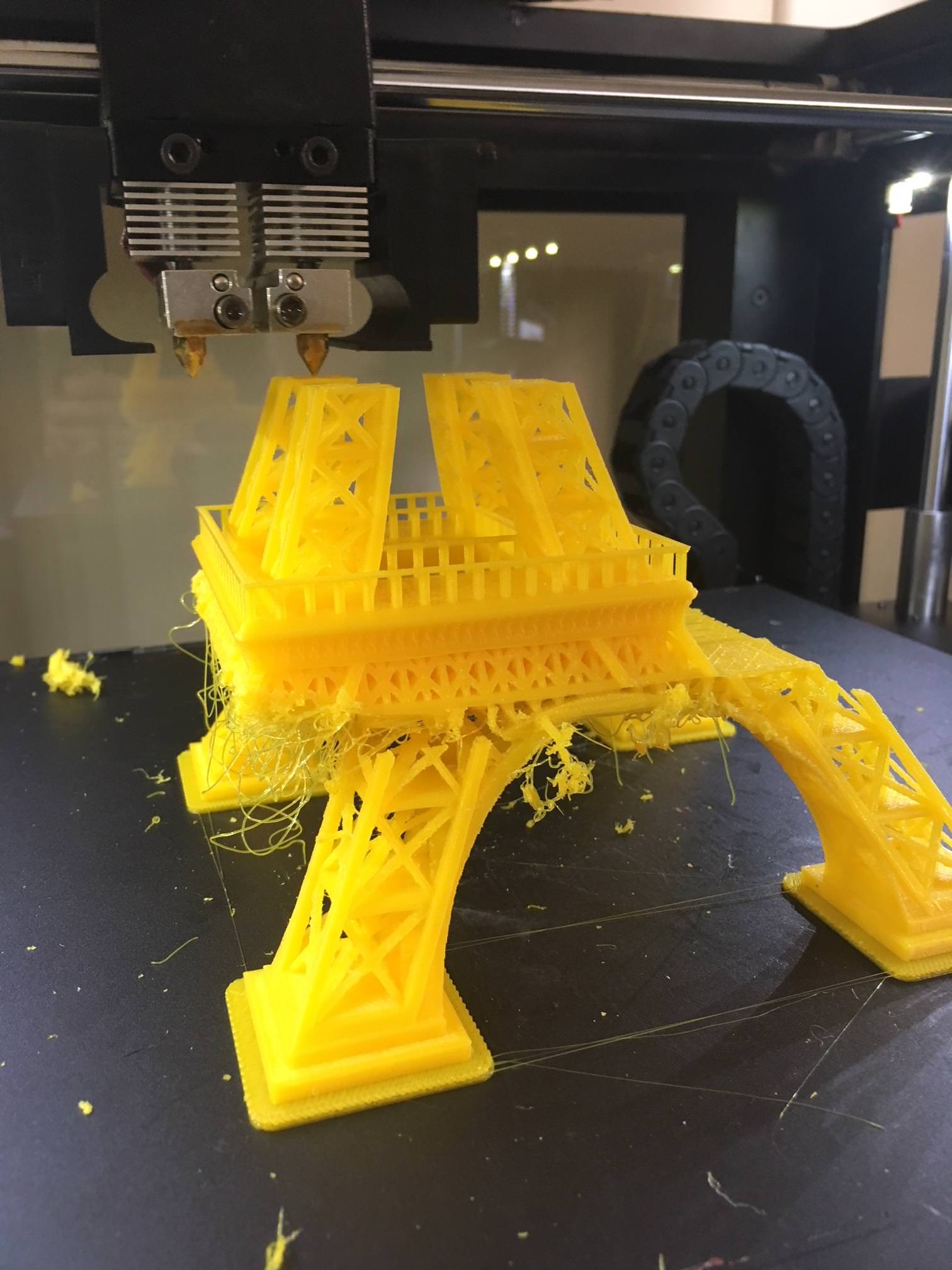 First, please check the height of the right nozzle. To in case it affects printing, moving it a little higher will be much easier.
And, if I'm not wrong, I remember we drop printing speed for this model a lot. Maybe 50-70% feedrate of the default speed.

Thank you guys for the replies,

I tried checking the height of the nozzles, adjusted it a bit and it stopped colliding with the model.
So, I tried printing at 50% speed, with .15mm set in z-hop.
Printed fine for 3 hours, I left the lab and when I came back 38 hours later: 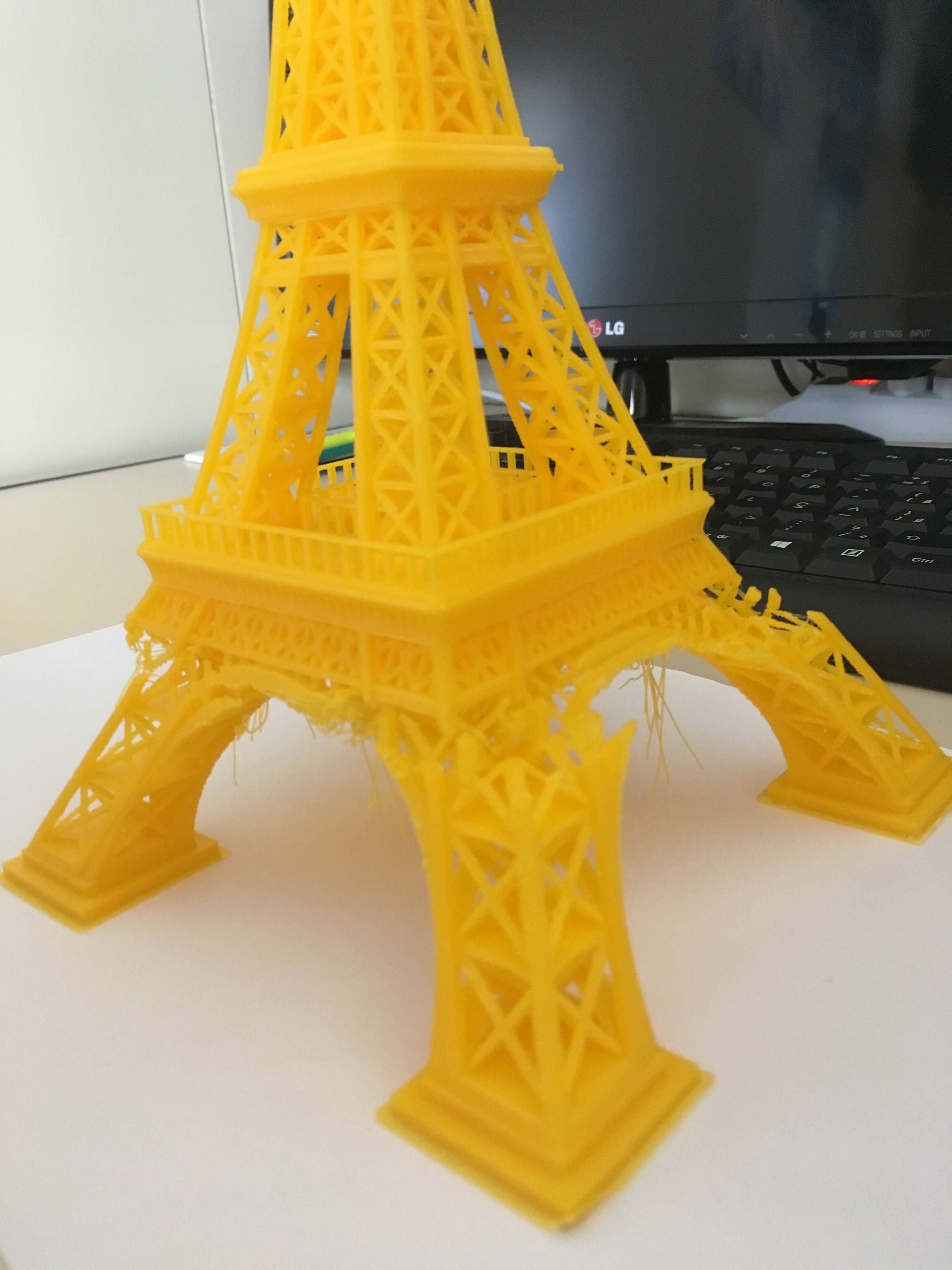 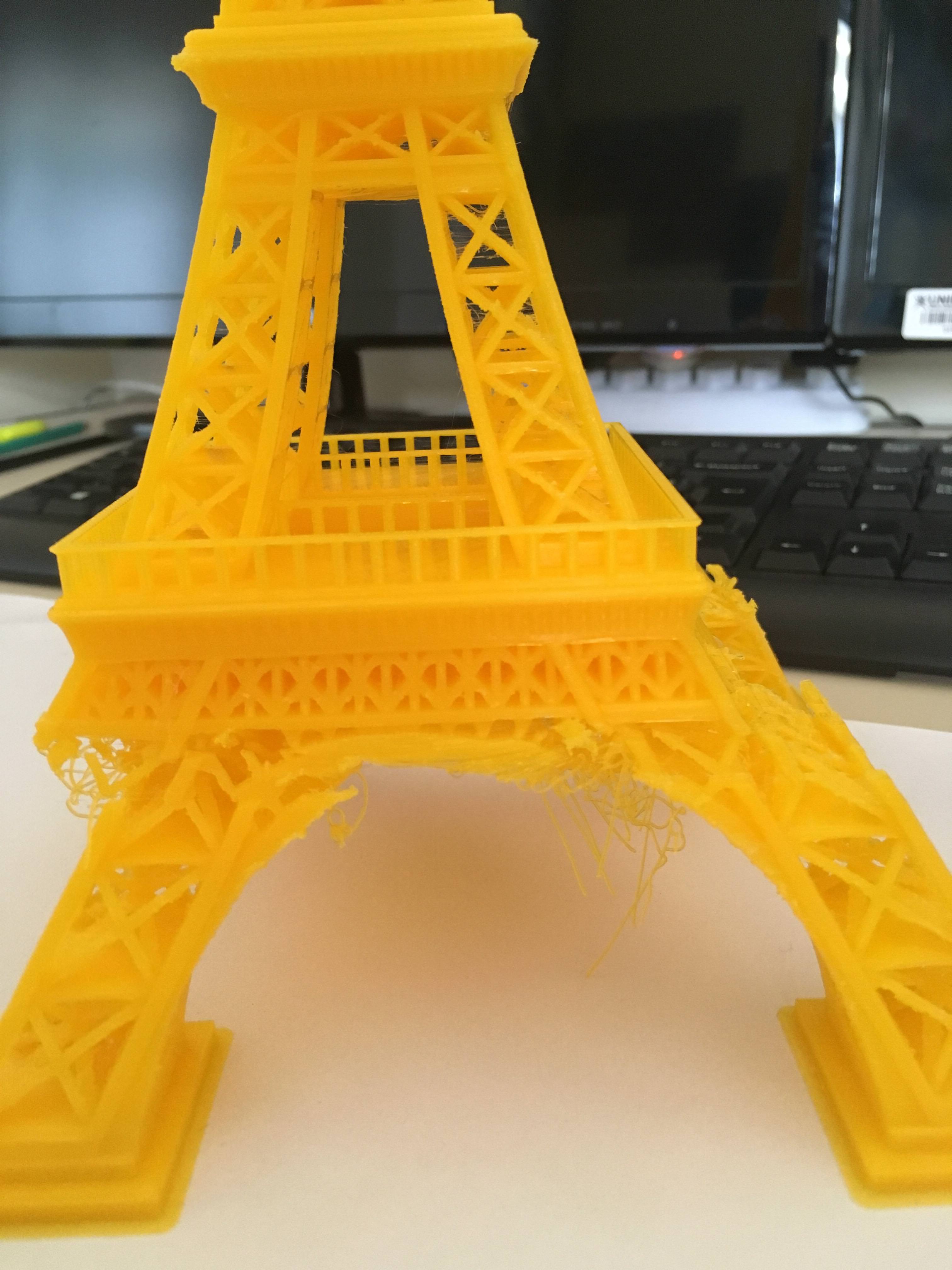 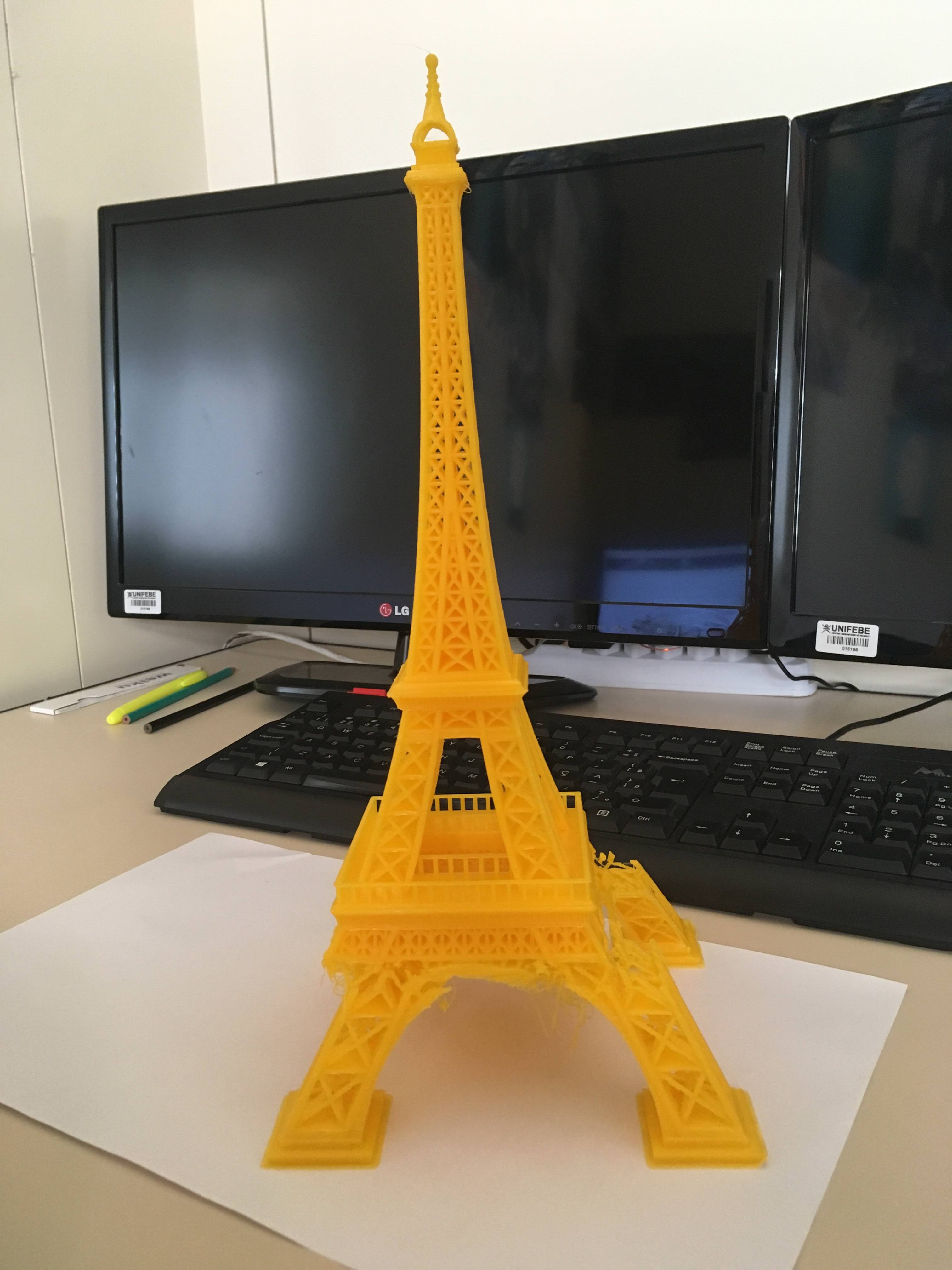 You printed a challenging model with overhang, it failed at the overhang, that causes a nozzle strike and skipped steps, and after it got past that, it obviously printed the rest.

Again, in a nutshell when printing a huge object that takes days to print, you ideally remove the second nozzle or entire hotend. Minimally, if you don't do that- you adjust it up higher to prevent nozzle strikes. Then, just as in the topic I linked above, the dual extruder model can use a little more cooling specific to the layer. Last, you need to do temperature tuning specific to the filament to optimize overhang performance.
Post Reply
5 posts • Page 1 of 1