Any topics that don't fall into above categories. Please note that your thread may be moved to other discussion boards.
Post Reply
3 posts • Page 1 of 1

We plan to produce DIY kits for a new 360 degree LIDAR based on similar (and some even better) components as the Scanse Sweep. 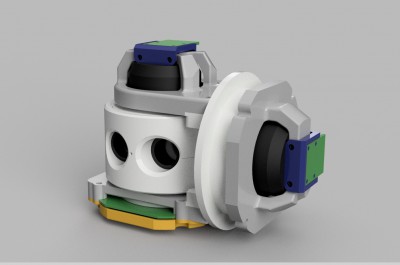 The design of the LiDAR is getting more complete. Using Qi modules and IR data channel to avoid slip rings.
waiting for components to arrive!
Here is a quick and dirty 3D print of the housing (fast print and .6 mm nozzle). 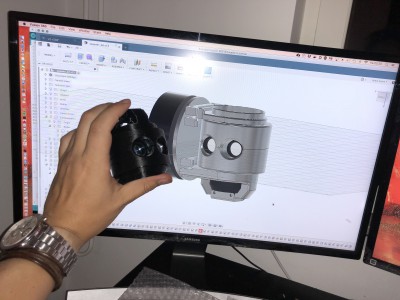 Quick proof of data transfer concept using IR serial communication between two nodemcu’s. Sending AS5048A sensor data wirelessly with very cheap IR diode and Phototransistor. Next up is to try Vishay TSDP series and TSAL6200 that could support up to 9600 bps with a single TSAL6200.
https://www.youtube.com/watch?v=h-t0ehFaQHI


Quick sketch on the looks inside: 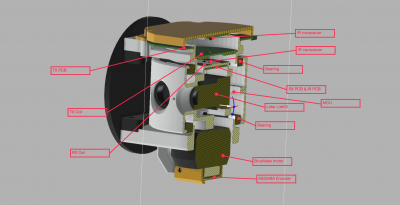 So the first prototype is coming together. Changed the Brushless motor from a DJI 3510 to an PM2805 with encoder feedback on the Vertical axis.
The first version will use a LidarLite V3, here we need a really slow vertical movement @ 0.01 hz and 3.0 hz horizontal, so around 100 seconds for one rotation for a dense 3D Cloud (not for realtime 3D, but for mapping it's ok - like the Leica BLK360)

Later If we change to a faster laser like the SF30-C (which is around 20 times faster) we could have a nice 3D Dense Cloud in around 5 seconds. This would also mean we are close to the limit on the IrDA transfer. But lets see later on.

All the current parts. Still waiting for Qi modules from China and in the development to make a custom 2A Qi module. 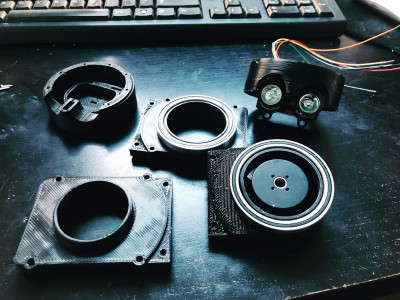 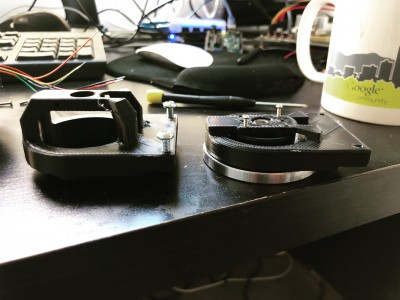 Quick example of running a BLDC motor with an cheap L298 over 5V Powerbank and a Mega:
https://www.youtube.com/watch?v=x8jkq7OsVEs
Follow the construction of the Valify robot lawnmower [http://valify.se]

Looks very cool! Thanks for sharing.

Got some new components for the LiDAR today.
The TX Qi-module. 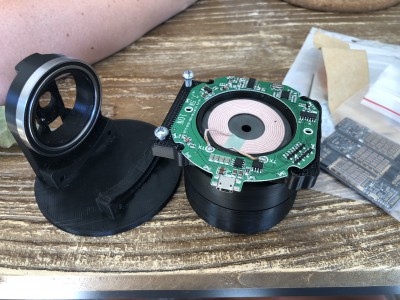 a couple of Mini VESC´S that I will evaluate with encoder and FOC mode. 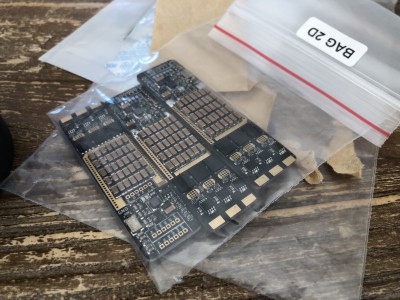 I am also wating for a L6234D BLDC driver which should work quite nice with the PM2805 BLDC motor.
Follow the construction of the Valify robot lawnmower [http://valify.se]
Post Reply
3 posts • Page 1 of 1