Raise3D is always listening. If you have a feature requested related to our product, or if you have new ideas that need attention from the community, please post here.
Post Reply
4 posts • Page 1 of 1

I am printing a lot of single perimeter models. Yet I discovered that especially during "high" speeds (150 - 200 mm/s, PLA, 0.6n, 0.35mm, 1 perimeter, 5% cubic infill), sometimes the extrusion does start a short time after the actual start of the perimeter:

Of course there are various reasons for that and I could tweak settings (in fact I did and so far adjusting K-value and printing infill first gave the most reliable results). Yet I found it to be quite a hassle and none worked reliably. Also, this occours on several printers with several slicers, e. g. also on Prusa MK3S machines with PrusaSlicer and standard printing profiles(!), so it seems to be a common problem. Here is the same problem on a Prusa MK3S with the same basic settings as above but slower speeds (50 - 100 mm/s):

So I thought about implementing a feature for a fractional second perimeter before the seam. This would not only eliminate some setting-tweaking-needs, but it would also make a model more likely waterthight even on normal speeds.

Here is a picture visualizing what I look for (orange trace): 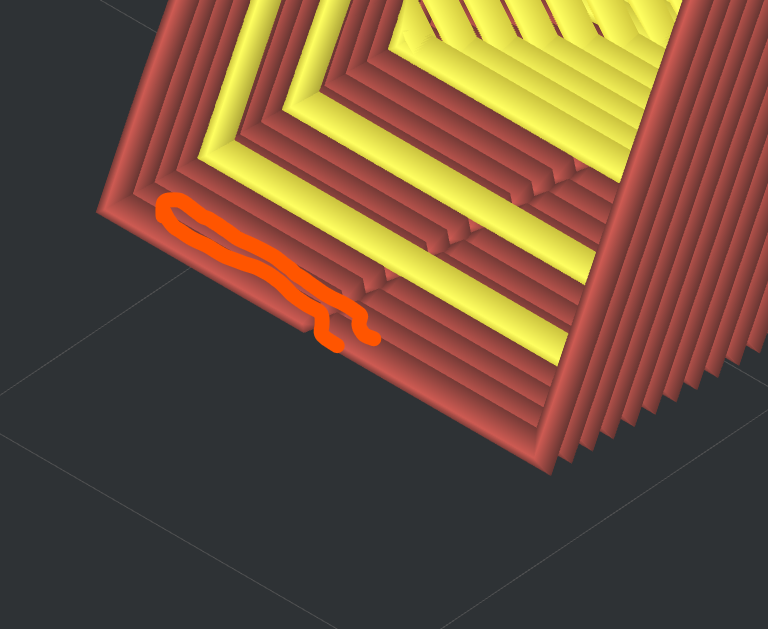 You may notice that this is a 45° belt printer (CR-30), but this would apply to any FDM printer I suppose. Another more "workaround-like" solution would be to print infill first and ensure that the seam is next to the end of the infill path in each layer.

Thanks for potentially regarding this as useful and best regards,
Demo

Thanks for the attention!

I think I am not that elaborated in 3D printing to successfully answer your question so I just try to explain myself better: I am looking to have an option which enables me to start the extrusion in a way that it overlaps instead of being head on. Printing single perimeters does look like this atm (one layer of a tube, view from top, exaggarated sketch, not real dimensions) 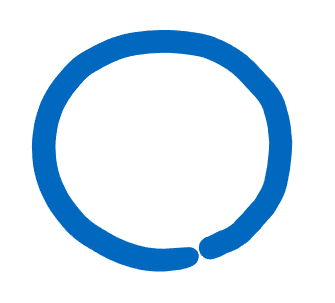 But I want to have it look like this: 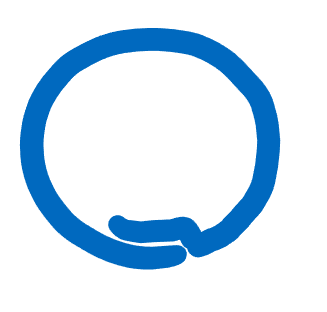 Preferably with a configurable length for the overlap.

Stratasys has already sought a patent for this.
Most slicers are now using Travel to Wipe instead of Extruding at Overlapping.
Post Reply
4 posts • Page 1 of 1