Lately I had to refit my printing plate and when securing it with the metallic clamps that came with the printer I saw some arcing from below the bed on the left side. There are warnings in the forum about that, now I will take care and use isolated clamps.

After that the bed temp was always sensed with 0° and I could only continue to print with slicing the parts for 0° bed temp (but it worked that way and I printed for some days like that).

Yesterday I removed the bed by unscrewing the 9 nuts from the long screws that fix the bed to the mount.
I measured the resistance of the thermistor wich is a common 100K NTC and it was not connected.
The NTC is connected to the small connectors SIG and GND Pins thru the copper traces that are routed to the outer left middle and from there to the center of the bed. I found the traces to the left scratched by the clamp and actually one of them was broken.

I decided to use a cable to get the connection back (those copper traces are quite weak, didn't want to work on them), the cables diameter has to be smaller than the height of the nuts that fix the bed screws (leveling issue).

Resistance between SIG and GND is about 85-100K, depending on your room temperature, heater resistance (+ / -) on the large connector is about 3 ohms (I first feared that the heater was killed by that clamp).

Only issue I had was with the connectors that have been glued to the sockets by manufacturing. IMHO this is nonsense and provides potentially more damage when the bed has to be disconnected (and this will happen on any printer sooner or later) than just leave it as it is. 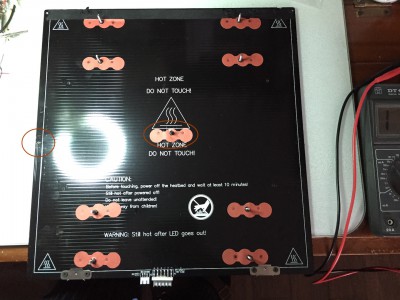 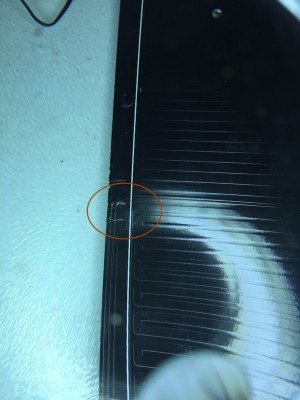 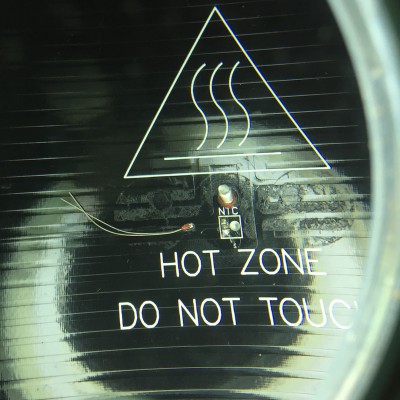 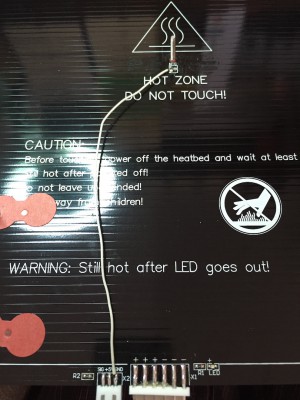 I suggest you warp your clips with PTFE Coated Fiberglass with Silicone Adhesive tape to protect your heating bed with sharp cut from clips. Or add an insulation board under the heating bed. Though your fix the temperature sensor function, clips may do harm to heating wire in some cases. Please be careful.

Vicky@Raise3D wrote:Though your fix the temperature sensor function, clips may do harm to heating wire in some cases. Please be careful.

Not mine, they are perfect 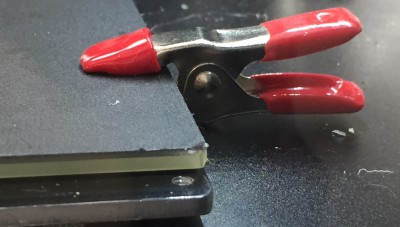 it's a good idea.