awegavrn wrote:Hi.
Set Bltouch on Raise3D N2 Dual strictly according to instructions. The sensor works, the printer prints. But sensor works weird. Every time you have to put a new Z-offset. Same file the printer prints different from the first layer. In different corners of the table as the first layer is also different. Little bit helps restart the printer, the first measurement of the table is the most accurate. Starting to regret installing this sensor.
Please tell me what I did wrong and how to fix it.

Did you activate eeprom?to set offset I recommande you to attach an reprap discount LCD to manage it until Raise3D implement it in Raisetouch.

would you please tell me which wire of the Bltouch (the black and the white one) connects to which Z- pin of the controller board? I was wondering if that matters or not, so i stopped the wiring for now.
Thank you so much for your instructions, I appreciate that.

Can someone send me his fff file, because i install the btc but when i start printing my endstops break? My printer is n2+

Have a BLTouch laying around at home.
Would You guys recommed to install it?
Is it working good on the printer?

I have been reading though the topic and can someone please provide a better step by step guide for this installation?

Follow the construction of the Valify robot lawnmower [http://valify.se]

Never mind I figured it out.

It took around 4 hours to get it installed, doing the cabling in a nice way was the most time consuming. I have some finishing touches left and the Z-offset. 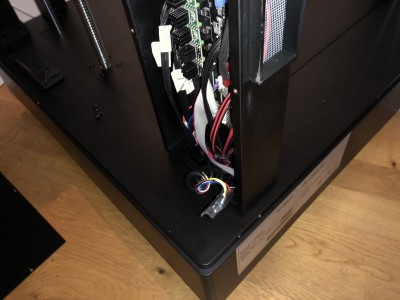 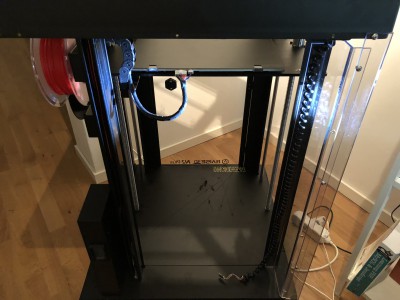 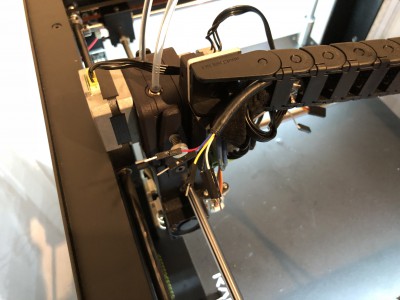 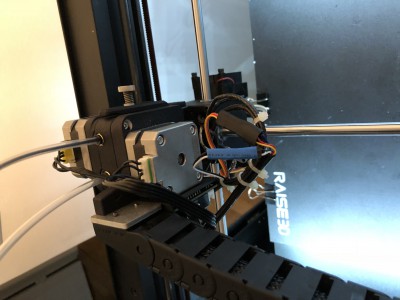 Follow the construction of the Valify robot lawnmower [http://valify.se]

Hi, would it be possible for you to put together something that explains how to set up the BLtouch with the Raise3d N2? I'm afraid to try anything based on what I have read so far.

Hi, I wonder if you could explain the code changes you need to make since I am not clear on what folks did and I'm afraid I'll damage something.

Hello, is this a 3rd party add-on to allow auto-leveling? Does it work well?

Is the v1.1.6-rev1 source code with BLtouch available anywhere?

I modded the config file from ABH 1.1.8 BLTouch build and now one of my programmable fan ports is not sending power to the pins? Any tips?

Has anyone figured out the pause resume feature yet for resuming print and power failures?

So, from reading this, it looks like I have to give up the Z-Home endstop detector in order to install the BLTouch on my N2+. Is that correct ?
Is there a reason you can't use the Z+ socket(Which is unpopulated on my board) vs. Z- ?
(Other than the Marlin code hasn't been compiled for that)
It looks like the last postings on this thread are from a couple years ago. Are there any more recent install guides or details ?

You can use it how you want but- a tip I found on my big printer- keep your physical limit switch and wire it into the motion board as an "Oh poop" switch.
It is possible for scenarios of a BL-touch to fail (example, not over the bed, bracket bent or melted, wiring failure, etc). You CAN and WILL then ram the bed up into the nozzles unless you also then wire the old limit switch in some way to kill the machine- example wire to reset of the motion board- thus killing the operation. You do it such that under normal logical conditions the Z limit is never hit, but in failure, it gets tripped. By reseting the motion board, by definition- the Z motion will stop- no special firmware version required. I say this because again, I have seen both conditions possible and had I not been right there, bad things could have happened. Not to mention, adding wiring that flexes to the printhead to wire a Z probe is asking then for a future failure. It's not if it fails, it's when it fails. Be prepared.

Again, my advice.
Do not attempt custom firmware unless you really know what you are doing and then test it over and over.
Not worth the effort of trying to remap the Z- limit switch location to some kind of emergency stop in firmware. By definition, again, asking for failure. You re depending on code to read a pin status and do something.
Opposite, moving the old mechanical Z limit switch to reset pin and ground (2 wires)- relatively easy, and extremely robust in that no matter what firmware is loaded, I assure you motion will stop. This leaves you then with standard wiring, pin configuration, and firmware from the BL-touch example others have installed. Obviously, what you will do is lower the thumbscrew the bumps the endstop switch slightly, such that it only trips when the nozzle kisses the bed slightly. It's a fine line touch but again, the idea is to prevent a full on rising bed jamming into the nozzles and continuing to drive upward when the BL-touch fails to sense.

Somewhere around here, I diagrammed the motion board. https://forum.raise3d.com/download/file ... &mode=view 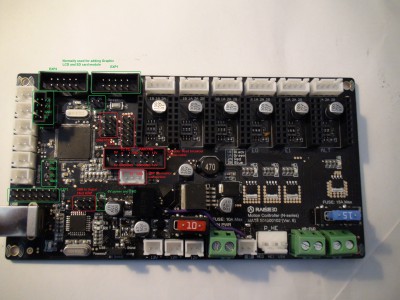 Also, it's derived from RUMBA open source, so details like the extra sockets match https://reprap.org/wiki/RUMBA

Expansion port 1 (upper left side of the board labeled in green wording in the picture) pins 8 and 9 are ground and reset. 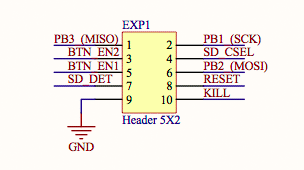 And, Being user Zemlin just posted about using BL-touch, you might ask him for recent pointers and how he did it?
https://forum.raise3d.com/viewtopic.php?f=4&t=20506
Post Reply
140 posts