Hi. I sliced a part in 4.1.1 that has a very subtle curve coming off each side of a flat plane on the bottom of the part sitting on the build plate. I sliced this part and had multiple odd temp failures on the second layer. At first I assumed it was my printer, but it turned out that ideamaker had created a bridge across the solid layer directly above the flat bottom facet. Turns out the huge bridge area -- with accompanying bridging fan speed and nowhere for the air to go but bounce back on the nozzle -- was cooling things enough to give a temp error. This is admittedly a challenging shape to print due to the low single-layer overhangs on either side, but the large bridged area in the middle should just be solid infill. The part sliced in prusaslicer has the same overhangs, but renders the solid infill between them correctly. Obviously the part itself should be changed, but I though the error condition might be useful for you. Below are images of the second layer preview from both slicers. i've also included the stl if you want to take a look.

On the plus side, you're killing PS on supports! 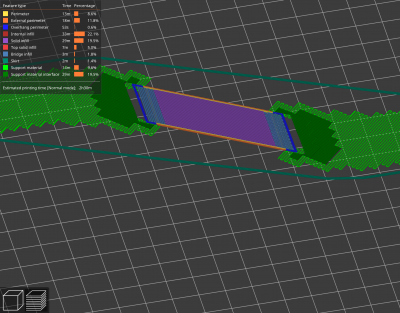 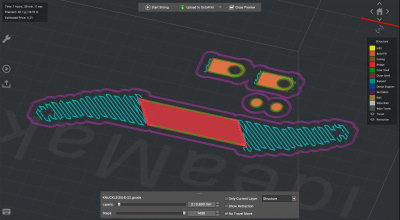 Would you mind help double confirm whether the attached model in your reply is the same one you are having issue with?
We don't see issue on bridging from our end. Can you point the issue out in the following screenshot?

That is the correct model, but the flat area in the center of the model needs to be oriented down in order to see the bridging issue. Like so: 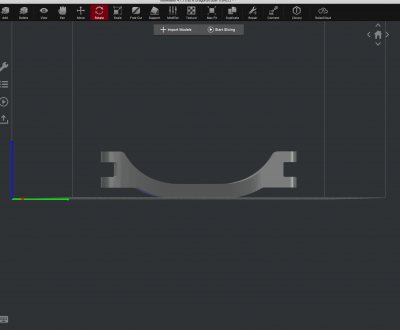 Would you like to share you .gcode and .date files with us?
We sliced with E2 default settings, the result looks fine to us. 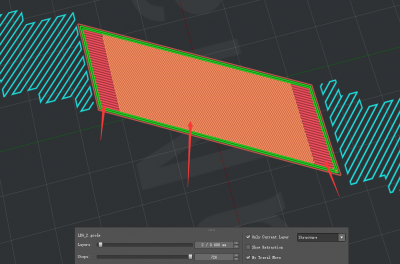