Discussions about ideaMaker and other printing software.
Post Reply
24 posts

I've enclosed the files that have me puzzled using ideaMaker.

Here is how the print should look when complete (printed with Cura v15.04, first layer removed with knife) 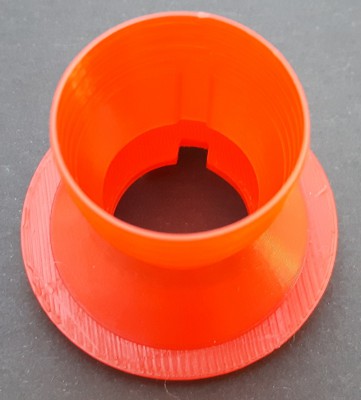 ideaMaker is not slicing the hole and I can't find a solution.

Note: The first layer is complete without a hole which was done on purpose.

The model is a solid model. Vase Mode can only hollow the model and add opening on top but will still keep the bottom as the same as the orginal design.

I'm not sure how to interpret your answer.

Here is a clearer picture of what I mean: 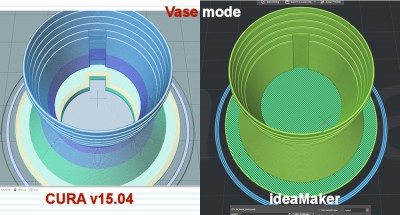 Is there a method in ideaMaker to get the same result as with Cura v15.04?

Just because slicer X figured out your messed up STL that doesn't conform to 3D printing rules and ideamaker didn't doesn't make ideamaker wrong.
It makes YOU wrong for not knowing the difference and correcting an STL, ensuring there is no leftover geometry that doesn't meet slicing rules.

Again, it's this simple.
An STL file is a point cloud of connected points to form walls. Those walls have an inside and outside face. The slicer then uses those details to determine on a per layer what is infill, what is perimeter. How those walls must face and join to create a proper 3D printable model are the rules.
If your STL has conflicting walls and other details- then there is ZERO guarantee a slicer will interpret what you intended.

You posted everything BUT the source STL. Raise3D and myself are only able to see what might have been an auto repaired STL in the idea file and since that is showing a solid object- either you imported it that way, or an attempt to use repair to fix already known geometry errors was unable to interpret what was meant from the source file and closed the wall. Either way, that's not the slicers mistake- that was crap file in= unknown and unpredictable output. We don't don't have the history of what you did, we don't have the original source STL.
We do have an idea file with a jacked up STL in it.
I've even gone the step of exporting the stl from ideamaker and importing into Netfabb for analysis of the actual errors and it's solid with no shells in Netfabb. Please post the original STL file, then we can give you the why it's wrong.
There is not much anyone can do other than tell you the files you posted are a result of an incorrect STL file.

Three of the rudest posts I have ever had to read.

You asked for the STL:

I'm certain Vicky and the developers know what I'm trying to accomplish.
ideaMaker has a very wide set of configurable features which is very nice and a great interface. I just need to know which options I have to touch or in worst case just knowing that it is not possible with ideaMaker. That would save me a lot of time looking and fiddling around.
BTW, also something to consider; it could also be an unintended bug within the software.

My CAD software shows a closed model with the (intended) geometry trapped inside. When I remove the end cap, there's no thickness to the model, just a single-sided, exterior mesh, with all surface normals facing outwards. It looks exactly as Nettfab depicts in the post above.

In addition, the keyway in the center intersects with the exterior geometry on the sides and does not go through the base - I've circled those and extended the keyway though the top to minimize confusion with my description. 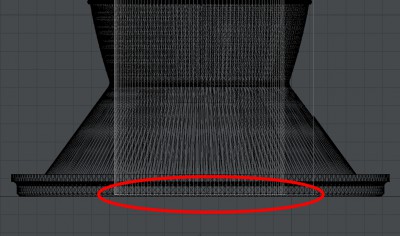 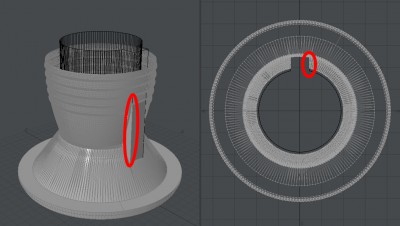 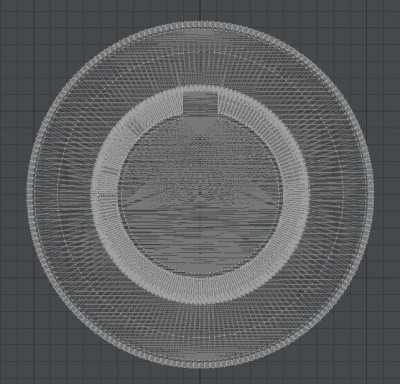 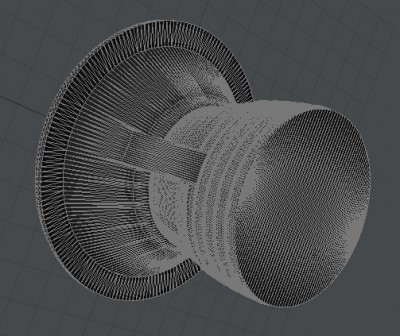 @ccclarke Thanks for taking the time to help!

I'm afraid the situation is still not understood.....
Let me show a simple example.
Here is a disc with a hole:

Using vase mode I set the bottom layer height count to 10 (2mm thick @ 0.2mm layer height).
How do I setup ideaMaker (if possible) so that the hole is sliced accordingly?

The disk will print just fine; the top isn't closed like your previous object. The previous STL cannot because it has geometry hidden inside outer layer of geometry that intersects with the outside edge. Build the object with that in mind and it will print just fine. I think you're making this a lot harder than it needs to be.
Male Modeler / Sub-Human

What are the settings you used in vase mode to make the disc example work for you?

This is my result:

We have tried sliced the settings in the .data file you attached, the result looks fine. 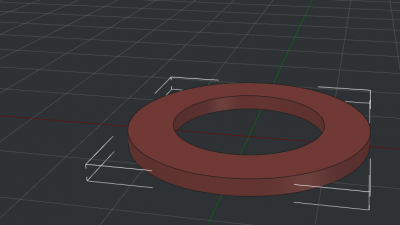 Your original model has a solid bottom and a hole inside. 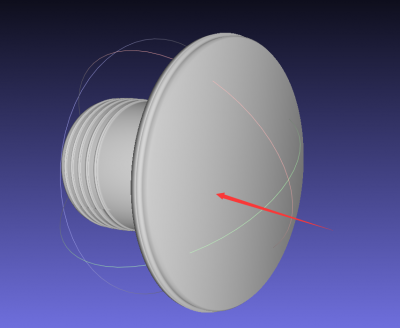 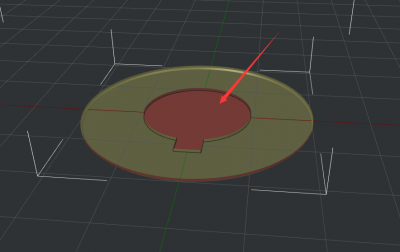 Which means Cura didn't the bottom solid surface out properly.

You can see the same thing when using CrossSection to check your model by layer in ideaMaker too. 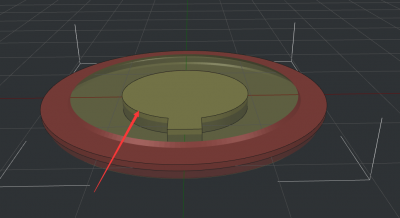 Thank you for looking at the issue.

I have realized that posting the original nozzle and ring design has apparently caused confusion.

Therefore, here the most primitive object that I can come up with showing the issue when sliced with ideaMaker in Vase Mode:

Cura slices the object correctly, ideaMaker does not.

I compared S3D and Ideamaker on the Tube Test part - S3D leaves the hole on the solid layers. Ideamaker does not. Vase mode, one solid layer is what I set up.

Finally someone that can back me up

I was getting quite annoyed....

Looking at the model in IM again, I see the default first layer thickness is .3mm - I never use IM, so I don't get into the settings often. If I reduce that to .1mm the pocket is there, but not if Vase Mode is selected.

-> If "Bottom Solid Fill Layers" is set to X the the slicer should begin slicing the object in Vase Mode beginning at layer X+1.

Please convey this to the developer's. I will gladly beta test for you if so desired.

Are you looking for the print to be printed out with a very thin solid bottom surface first then print the layers above it with the orginal designed hole inside. Once the layers of having hole completes, then start Vase Mode? 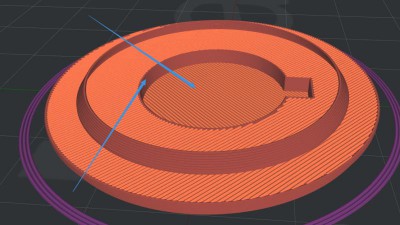 Vicky@Raise3D wrote:Are you looking for the print to be printed out with a very thin solid bottom surface first then print the layers above it with the orginal designed hole inside. Once the layers of having hole completes, then start Vase Mode?

The slicer should print from layer 0 to layer X ("Bottom Solid Fill Layers") in standard mode and it should look like this using my nozzle example:

After layer X+1 it should print in Vase Mode.

The bottom base is 2mm thick. So we set 10 layers when slicing with 0.2mm resolution.
It should look like this: