Just doing a 26 hr print, getting near the end of the print, time left was indicated at 5 mins then it suddenly jumped back to 2.5 hrs

It's an estimate at best and a sorry guess at worst.
Never take the estimated value as an exact time.


To understand "why" you have to go down to the fundamental level of how a print file even works. A 26 hour print job with untold how many hundred thousand or a million gcode moves, all read by motion control firmware line by line and executed line by line and when executed- that means it goes through the motion planner which subtracts speed. Yes, you read that right. The syntax of a line of gcode is simply a distance and a speed. That speed is like a speed limit sign- both the desired speed and the speed limit. So, we subtract the ramp up speed at the start of a segment and we slow down at the end of a segment meaning that segment is NOT run for the listed speed. In short segments, it may never even reach the set speed. 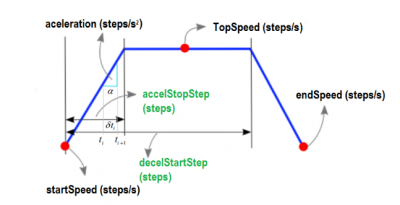 Average is roughly 1/2 or less. So while software can make some guesses as to how long a print might take, actual execution will always have minor variation not accounted for. Again, if we look at this even at a single line of gcode segment level, there is a variation between the command and the execution, take that times a couple hundred thousand if not a million lines of code and..... To even list the factors at play? Latency in sending any line of gcode, latency in planning any line of gcode, minor variations in math and rounding in actual planning stage, then again, we also have the fact the time base of the microcontroller is not some precision clock. Given the longer the print, the more lines of code, the greater variation, if you send a 26 hour print job to the printer- you best throw the entire concept of a time estimate out the window. So yes, it updated a new estimate when the old estimate expired. Even then, probably the new guess is going to be wrong.

I call it Microsoft time

I have been using the software for nearly two years and not noticed this effect until now although if the printer runs out of filament and stops, when you restart the print time is extended massively as if the software did not account for the time taken to replace the filament.

Oh well looks like I will just have to live with this.
Post Reply
4 posts • Page 1 of 1