This is some very nice piece of software: it gives very good sequential printing setup support!

I have a question about the Gcode generated for Marlin firmware

My settings are for Mendel type Prusa, and absolute extruder mode...
For sake of ease I did not add any custom Gcode and ommit Raise start/end code etc..

Now look at below part of start region :

In the first red highlighted line: extruder retracts 1.1 mm (is setting)
But in the second highlight line: extruder goes to +1.1 instead of zero position .....
After that the print instruction start.... this goes wrong no ?


what is wrong with my setting, is there some kind of initial setting I overlook ???


Thanks for a reply on this matter

Thank you for the update. It is standard that the retracted material matches the restart material to ensure the material is primed at the nozzle, and can you let me know if you have encountered any issues with the gcode when run with your printer? If you do can you share the full gcode file?

I was able to perform a print, but at start of the part there is an overshoot in the first layer, where the extruder has pushed away the surplus of material layed down at layer 0 (See pic, don't look at part surface, it's no good but thats just due to some print settings). I enclose the Gcode that i run for this print.
Idea Makers slicing code starts at line 37.

My startup code ( line 20 to line 36) does a homing and UBL bed level activation after which I extrude a small amount of material and prime/wipe the nozzle along the x-axis. In my code i reset the extruder position with G92 to a E0 value.
(my startup code actually has also a :M190 R{temperature_bed_list} at start but this is not put into the Gcode file ?)


As you can see , Idea Maker starts at line 37 with a retract of 1.1 mm as set in de retraction settings.
However, the next E move is +1.1 so actually it is 1.1 mm too much because the mode is absolute and not relative.

If this is priming the nozzle: it happens right at the start of part printing position so, there is an excess of 1.1mm filament at layer 1 as I don't set a skirt or brim...

If I did not add my start up code, there is also no reference point set for the extruder (a G92 E0 command) at start op the part process.
So how does the extruder know what the starting point is ? when it does an absolute move of -1.1 ?

Maybe I have done something wrong in the global printer/filament setup options, where such command should be added.
I activated the option "Reset Gcode E length on Layer Change" , i can see it is done before layer 1 but it is not added at layer 0. 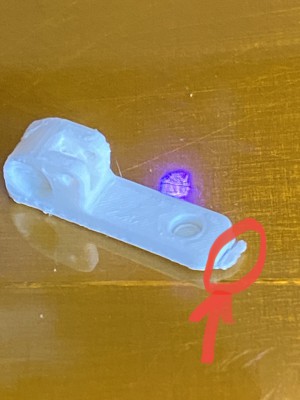 After reviewing the code generated by ideamaker, when compared to our templates, I do not see any references to retracting and reprinting after including G92 that is included in our start Gcode, so it does appear that all of these issues are related to the start gcode

Unfortunately, the Gcode does not include the template so Can you please provide it for review?
Post Reply
4 posts • Page 1 of 1