Why is quality control such a continuing issue with Raise3D? It has been since day 1 and continues to be. I purchased my N2 Plus a year ago. I've spent the better part of that time test printing and tweaking things and unclogging and replacing hot ends. I've had limited success with usable prints. I finally decided to try and eliminate the grinding/clogging issues by purchasing the Bondtech upgrade. I just unboxed it literally 5 minutes ago and saw this: 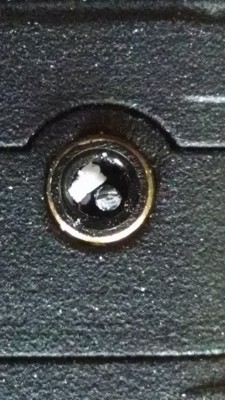 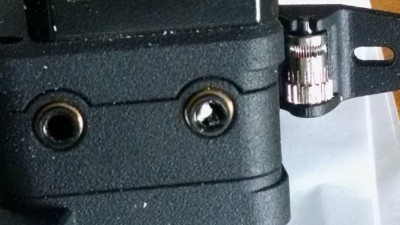 The unit was not bagged... There's styrofoam bits and dust in the gears and tubes and worst of all, what looks to be a piece of black filament stuck one of the tubes. Obviously, this is a returned unit that was just repackaged. I purchased it directly from Raise 3D and paid for a new unit, so I'm not about to try and troubleshoot this.

How can I get this replaced as soon as possible?

We feel sorry about that.
Would you like to share your purchase information and all the pictures of the part to http://help.raise3d.com to have our team to follow up?

I just received my Bondtech (Direct from bondtech), It had 2 filaments in it, from what I can see it is there just to test that the extruder works as intended. 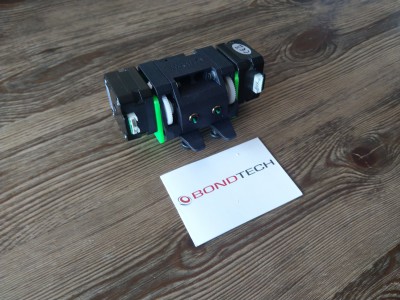 Unfortunately for me, it isn't that simple.

This just keeps getting more ridiculous. I try to be patient, but the lack of attention to detail paid by your employees is really disappointing.

Since at least one other user reported filament in the extruder, I had assumed this was not a problem. I was planning on keeping it but Raise3D issued an RMA and shipped a new one before I could contact them. I disassembled the print head for a second time, packed up the original Bondtech and waited for the replacement.

It arrived yesterday. The problem was, whoever shipped it dodn't bother to look at the order and sent a Bondtech Single extruder. That;s not what I ordered.

I decided for a SECOND time to keep the original Bondtech Dual. But when I got to reattaching the cable chain and extruder board, I realized the oringinal one you sent me was also missing a screw, which seems to be a recurring issue.

So, now that you've sent me one extruder with missing screws and an incorrect preplacement, how are we going to make this right? It seems to me to be far easier at this point for you to just issue a refund, I'll return your stuff and order direct from Bondtech.

We feel so sorry about the mistake.
If you'd like, we can arrange expedite shipping to replace the wrong parts for you. Will have the technician to reach to you very soon.
Post Reply
7 posts • Page 1 of 1