Hello,
I am considering purchase of the N1 Dual and have a few questions maybe some of you that own them can help with. I recently purchased and promptly returned a Robo as it claimed it could print 30+ materials, well it couldn't ... at least not without modifications. I was not able to print any kind of flexible filaments, actually get them to even load properly without binding no matter what the temperature.
I'm not new to 3D printing or CNC machining, I have a uPrint+, built 2 cnc routers and converted a cnc milling machine. But I am tired of paying $200 per roll of ABS and only ABS. I would like to start using PLA, PETG, TPU, semi flex, etc.
So to my questions:
1) As I have looked thru the forums I see some people have had success using TPU and Ninjaflex after upgrading to the Bondtech dual extruder is this accurate?
2) If using Bondtech extruder is it still recommended to only use the left nozzle?
3) Can a Buildtack flex plate be installed?
4) One of the other complaints of the Robo was that the touch screen wasn't so much "Touch" as needed to use a stylus, how id the response of the N1's screen
Sorry for such long post just want to be sure I select correct machine this time rather than the sales pitch they all make! would I be better of going a different route to use flexion extruder?
Robert

I'm pretty new to the Raise3d printer but did a LOT of research here on the forum before we made our purchase. I'll try to respond with what I know or have read.
1.) Yes people have been able to print with TPU and Ninjaflex on the Raise3D printers. Some have done it with the standard extruder but the Bondtech will provide MUCH better results. We have not yet tried flex but plan to soon.
2.) Adding the Bondtech won't do anything to help the issue which lead to recommending the use of only the left nozzle. From what I read it seems that getting two extruder prints to work on the "non-pro" models without hitting the print takes some adjustment to make sure the nozzles are both at the same exact height. To us it seemed like too much trouble and we thought we would rarely use dual extruders so we purchased a single extruder. By the way, it's easy enough to make the single a dual and visa versa in the future.
3.) Yes, the BuildTak Flex system can be installed on the printers. We have one for our N2 Plus but have yet to install it, so I can't comment on it's performance.
4.) The touchscreen is fine, there is no need to use a stylus on it. A few users have however had issues with the touchscreens failing and parts of it not responding.

Orbyog wrote:So to my questions:
1) As I have looked thru the forums I see some people have had success using TPU and Ninjaflex after upgrading to the Bondtech dual extruder is this accurate?
2) If using Bondtech extruder is it still recommended to only use the left nozzle?
3) Can a Buildtack flex plate be installed?
4) One of the other complaints of the Robo was that the touch screen wasn't so much "Touch" as needed to use a stylus, how id the response of the N1's screen
Sorry for such long post just want to be sure I select correct machine this time rather than the sales pitch they all make! would I be better of going a different route to use flexion extruder?
Robert

#1 Yes, the Bondtech upgrade helps with the feeder section of the extruder. Please understand an extruder is a system of components working together- a feeder, filament guide path, a hotend consisting of a cold end section with heatsink, thermal barrier tube AKA throat tube, heater block, heater cartridge, temp sensor (thermocouple), nozzle, and last, a cooling fan for the cold end. Again, a Bondtech feeder is but one part of a system of components, so the recommendation is not just a Bondtech, but also the E3D V6 heatsink adapter, Capricorn tubing for the filament guide path, E3D v6 heatsink adapter, E3D titanium thermal barrier, E3D copper heater block, E3D heater cartridge 24V, E3D thermocouple, E3D silicone sock insulator, E3D copper nozzle. I have proven this combination can print even Ninjaflex using a regular PLA printing profile at full speed at my local Makerspace. This is a whole new level of performance few printers ever claim or see.
I've done the same mod to all of my N series printers viewtopic.php?f=4&t=4841&p=28580


#2 I think you might be mixing old and new info on this one. The very first Bondtech series of extruders used with the N series were direct drive based on what was known as the "mini". This reused the original printer stepper motor and due to size and geometry, there was no dual side by side motors mounted on the extruder carriage, and so as a dual extruder, the second right hand extruder was then a Bowden feeder remotely pushing the filament through the tubing to the extruder head. This also meant a Bondtech QR extruder with different steps per mm was used for the Bowden side VS a direct drive "mini" driving the left primary nozzle at the extruder. This caused issues because the firmware only supports a single steps per mm for extruders, where as the dual version of this early Bondtech upgrade was 2 totally different feeders with 2 totally different steps per mm. The newer "BMG" derived 3:1 gear ratio reduced pancake small thin stepper motor driven version offered today called "Dual Direct" has the same steps per mm for both sides, so no firmware conflict as before. However, there is also something to be said about all the problems of dual extrusion- So in general, I'm not the only one who found single extruder works better for everyday print VS dual extruder. You are also going to find recent topics showing that dual extrusion and washable support material isn't perfect either. Last, any Raise 3D printer can be dual extruder. If you buy a dual extruder version, it's nothing to remove the second extruder and make it single, or on a single extruder, you can easily buy the parts to make it dual. If you are following #1 you aren't biuying the parts from Raise 3D anyway and would be tossing not just a single Raise 3D hotend, but 2 of them anyway. Next reason is that cooling the printed layer is also better on single VS a dual extruder.

#3 On the N1, I have not heard of anyone using the Builtak flexplate, but I can say this, sure, there is nothing that prevents it's use.

#4 The Raise 3D uses a capacitive touchscreen not a resistive touch. As such, a stylus is unlikely to do anything unless it is also made specifically for capacitive touch. I too hear rumors about the Robo series having some touch issues- but I don't own one so don't know the exact issue. I do own 3 Raise 3D printers and work with 2 more N2s in local Makerspaces. The problem we see with touch not being registered sometimes is either a hardware failure of the screen (rare, but like anything else, put it in user hands and can happen) or we have found simply touching the frame with one hand, while touching the screen with the other makes every press extremely responsive. Caution, it is a capacitive screen so when a user gets frustrated, they might try pressing harder- and that does nothing for a capacitive touchscreen except increases the chance of breaking the screen. I have never said I felt like this was some flaw and actually love the Raise 3D touchscreen and menu system. I've even documented every cable and connection related to this topic viewtopic.php?f=13&t=9857&p=33968&hilit=touchscreen#p33968

The N1 is one of my favorite all time printers. That said, I have done extensive modifications to mine to get it to the point where I consider it bulletproof. I also mostly only print PLA, I have removed the side panels, door, and top lid, I use it with single extruder and my bed is aquanet harispray on the original glass bed with the buildtak removed. Truth be told, I have touched and modified a lot of this printer, but then again, it's not like any of the mods were that hard to do - but that's also my experience talking, so take with a grain of salt. 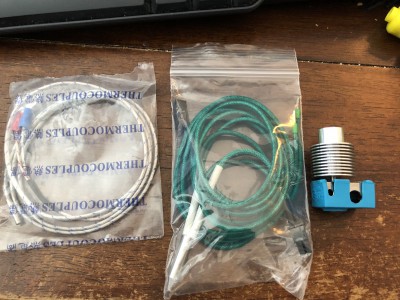 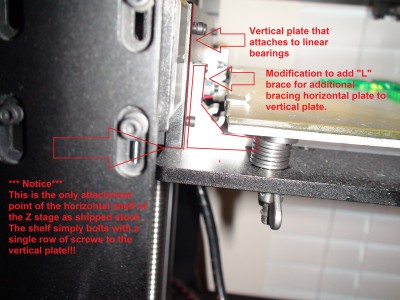 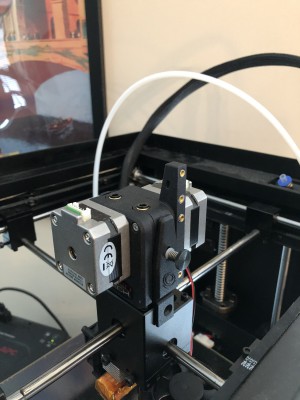 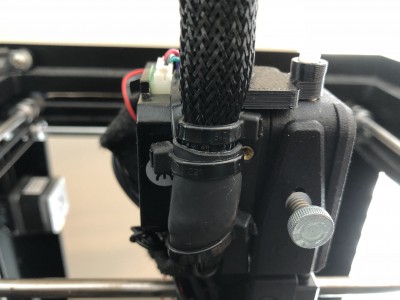 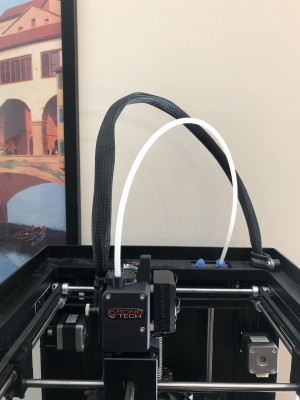 Thank you both for your replies!
Looks like I now have some homework for the weekend