An end to jams - blowers are better...

@Steadipanda: What mod exactly have you made? The 5015 radial fan installed with printed adptor?
thanks in advance

otzelot wrote:@Steadipanda: What mod exactly have you made? The 5015 radial fan installed with printed adptor?
thanks in advance

yeah, also you have to lower your right extruder temp when idling to 60c. you should be fine then printing pva.

Great design and fit. Thanks for posting. My conversion is complete but I am having trouble with the X-Y homing. The left side fan hits the home Opto switch. I am trying to scale down the left side mount my .125 in for clearance. Have I missed something more obvious.

ocelot27 wrote:Did you use thermal paste on the heat sinks?

What does the filament look like if you cold pull it?

Have you checked the entire pathway for obstruction - stuck filament - PLA loves to stick to metal - especially warm metal.

Hi and thanks for this wonderful mod.
I'm buying the different parts (fan and thermal paste) but i don't know where exactly must i apply the thermal paste on the heat sink ?
Thanks in advance
Raise 3D Pro 2 +

very nice -- I did a similar mod, but I changed the direction of airflow.

I didn't like how the extruder fan was a single fan on the front, blowing front to back, and the actuator for the LR nozzle switch fully blocks the back of the heat sink of the left extruder. Which is especially problematic with an axial fan, because it's low pressure. So that original fan is low pressure, then it tries to get funneled steeply into a very narrow output (which creates a lot of back pressure) and then there's a brick blocking the back of the heat sink preventing air from flowing cleanly through.
My extruder fan died twice inside of about 18 months.

I now have 2 blowers pushing air across the heatsinks from each side, a gap from the front of the heatsinks, to a blower for the nozzle fan. This actually pulls air away from the heat sinks. 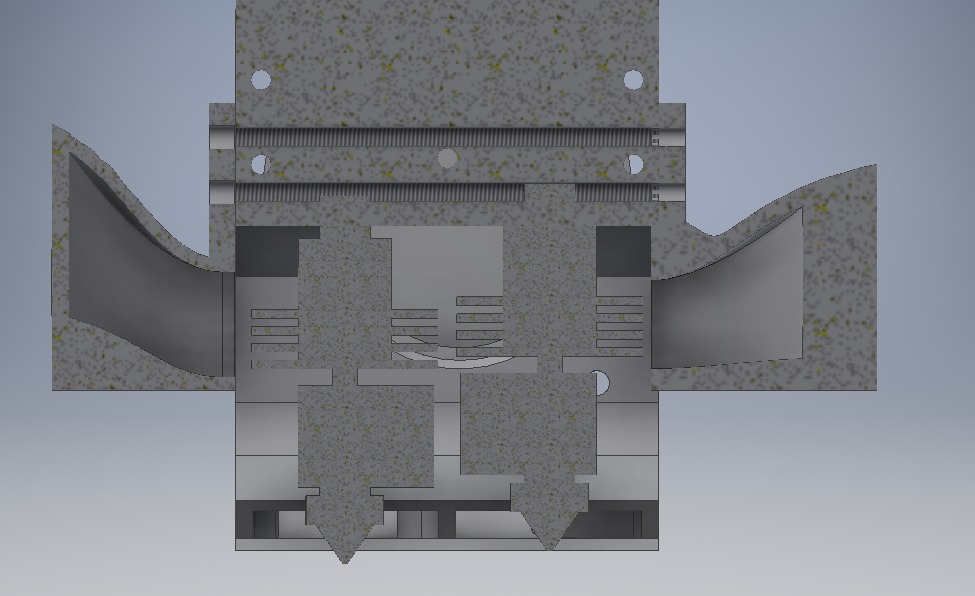 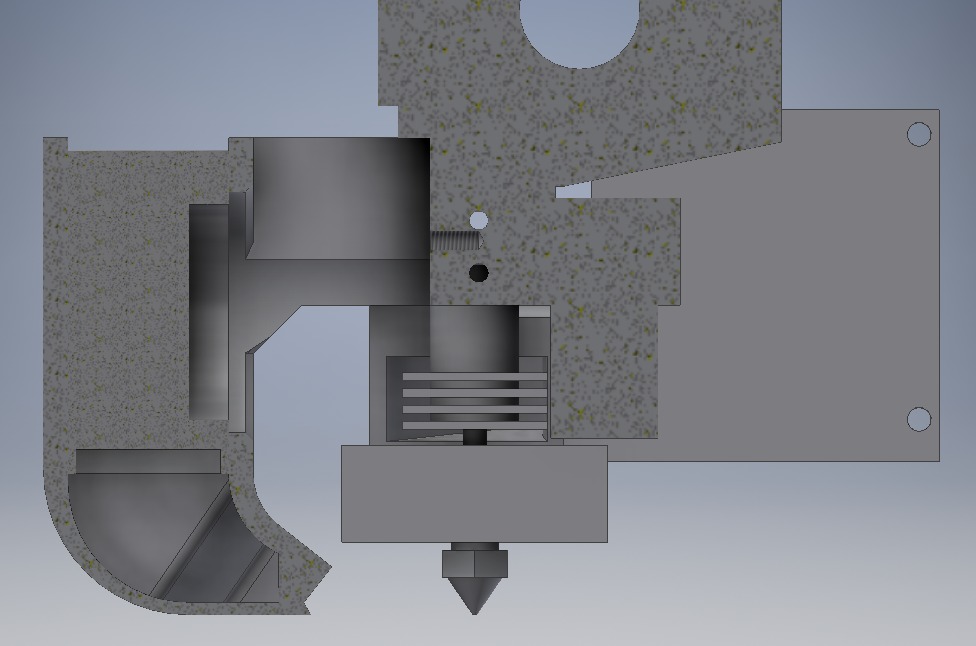 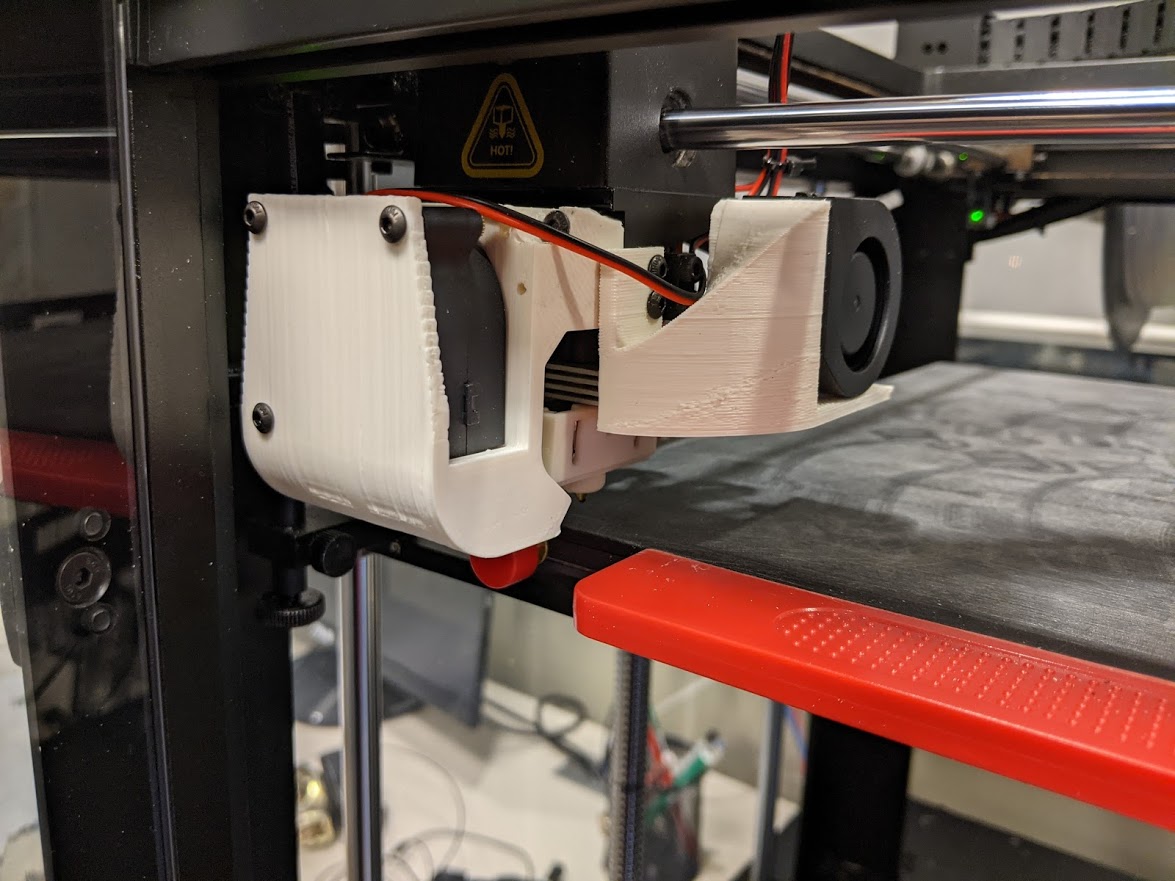 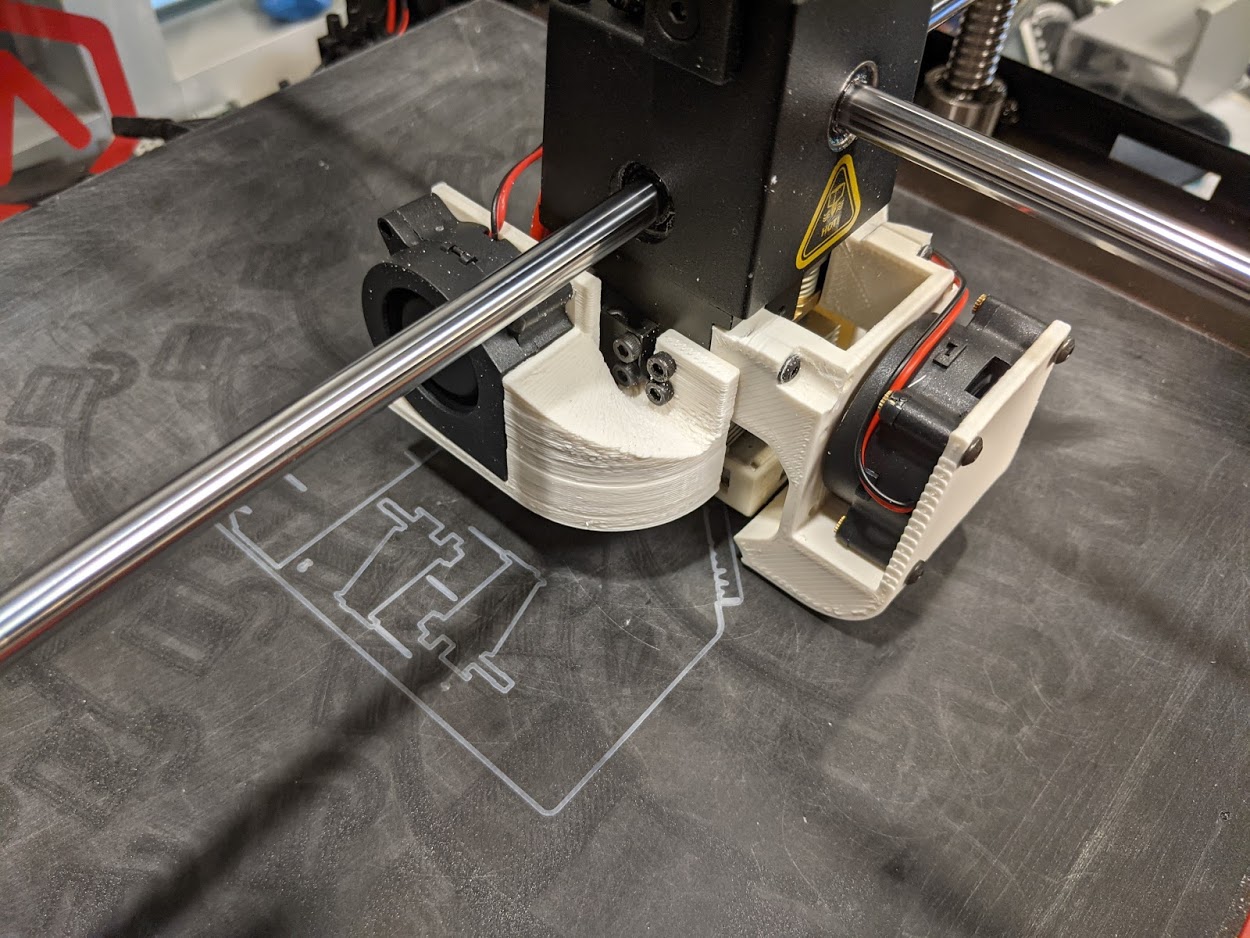 You might think that it may mean that the nozzle fan is blowing hot air at the part, but so far I haven't seen this in practice -- the gap is large enough that ambient air is mixing with air off the heat sinks and I've seen no performance drop off on the part cooling side. I just wanted to make sure there was never a pressure build up in that gap.

(Apologies for the sketchy ABS fan ducts -- I had to print them with only 1 part fan working - the other 2 were dead. I plan to reprint in resin soon)

@ocelot27: I tried this mod and had much fun because they are so perfectly designed - thank you so much!!!
I had problems with the heatbed temperature. The printer says, it has 70° C. but J can easily touch it. I have made changes to the heatbed too, so the heating was not very strong before I swap to the blowers. My question: Do you have the fans blowing at 100% all the time?
Post Reply
26 posts