I am bought 2 Raise 3d pro 2 machines and am facing the same issue with both the machines.

When I print large tall prints I have layer skipping issues along the X axis.

when I do smaller prints for 3-5 hours it works fine.

I checked the smoothness of movement by moving the head manually. It seems fine. The head moves smoothly.

Tightened all the grub screws on the GT2 pulleys.

You want to check if the couplers are tightened ?

Yes, please check whether the couplers are well tightened and rotate smoothly following with print head movement or it looks damaged.

while printing a large part I happened to run in to another issue , my nozzle has been seriously jammed. 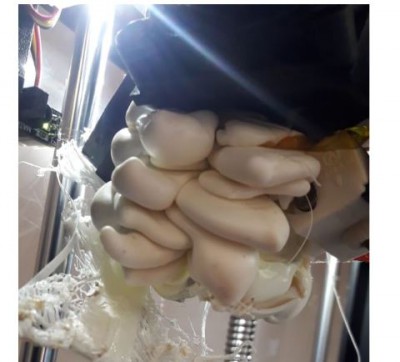 You will need give those filament some heat to soften them first then remove with tweezers.
I can see there will be some parts potentially getting damaged due to this print failure. Would recommend you show share all the picture to http://help.raise3d.com to have our technicians to help you confirm.

I keep saying it but no one listens, the Pro 2 has major issues to print reliabil, it works sometimes and a lot of other times it has either jams or issues with thermal runaways because of the cables.

I too have two machines and it's just a hit and miss, if the issue was with one of them then ill blame it on damaged parts, software etc, but both then its a design issue.

I know have one with a bad screen and raise says its out of warranty.even though i bought it exactly one year ago but since it was ordered from the US it actually arrived later so it's not really one year, it is also the first one released and i know cause it has some 3d printed components while the other one i ordered later doesn't.
Post Reply
7 posts • Page 1 of 1